Long-term report: Life gets off to a troubled start for the Audi S4 Avant 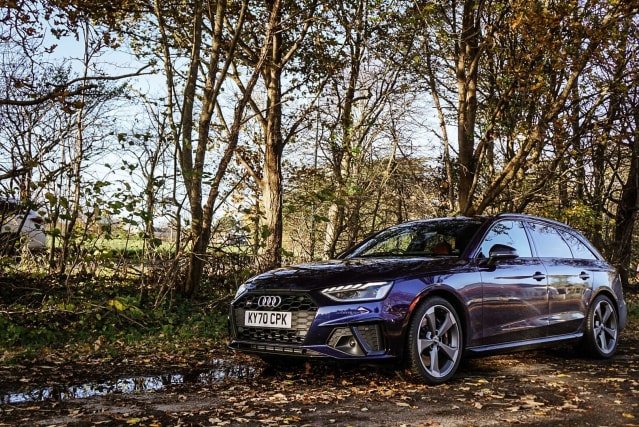 I’m the type of person who doesn’t like to think about something good happening in case it doesn’t. If you try not to think about the weather when you’re going on holiday, it’s bound to be great. Don’t consider the traffic before setting off and there’s a good chance the roads will be clear. That sort of thing.

So when the kind people at Audi said that I could specify a new S4 Avant as ‘my’ next long-term loan, I was overwhelmed with the same feelings. Despite being able to pick the colour and interior trim of the diesel-powered estate car, I tried to push it to the back of my mind and wait for the four or five-month build time to whisk away. Given the year we’ve had, I was adamant that something would put a spanner in the works.

But no, several months after choosing ‘my’ car, I got the call to say that the S4 had landed in the UK from Germany and was going through final inspections before delivery. I’d gone as subtle as possible with my exterior spec; dark blue (or Navarra Blue, in Audi-speak) with the Black Edition package which trades all of the S4’s usually satin silver finishers for undercover gloss black elements instead.

I’d thrown a curveball with the interior, however, optioning in red leather seats to contrast the blue exterior. Not traditional, I’ll admit, but I’ve always thought that red seats looked the absolute business. Following that, I added the comfort and sound pack (£1,395), which brings keyless entry, an upgraded stereo and a 360-degree parking camera. After this, I left the options list untroubled – though the car still came out at a considerable £53,395. That said, you could crank it to well over £60,000 if you opted for a top-spec Vorsprung Edition and went a little crazier with the options extras.

And as you might have seen recently, the S4 now uses diesel power for propulsion, relegating the petrol-driven S4s to the past. Despite the increasing adoption of electric and hybrid motors, Audi has stood by the diesel engine as an ideal fit for the S4. As a lover of practical yet powerful estate cars which plough through big miles without any hesitation, I have to say I agree.

The big day arrived, despite what my initial fear-mongering thoughts had shown. All in one piece and there it stood, just as the configurator had shown. The metallic paint contrasted the red seats just as I’d hope, while with under 300 miles on the clock this was as box-fresh as cars come. I’d been a little worried about the choice of a Black Edition specification too – some of my colleagues had commented that it was a touch blingy – but I felt that the black accents helped the S4 to look even more undercover. In a word, it looked perfect – to my eyes at least.

I took it out and used the throttle like I was wearing crystal trainers; with such few miles on the clock, I’ve been careful not to lean on the engine too heavily until it passes at least 1,000 miles.

I just love a fast estate car and always have. I get a real kick out of just how subtle the S4 looks too, toeing the line between just a ‘regular’ estate car and something with an undercurrent of performance well.

And then it happened. I was sat at my desk at home when I heard a soft ‘thump’ outside. As is the nature of my job I’ve often got different cars outside, but I’ve tried to train myself to not get worried about noises outside in order to avoid spending hours of my day venturing outside to check a car over each and every time there’s a strange sound.

But this time it was different. I looked outside and noticed a car had got far too close to the S4 for comfort and headed out to give it a gander.

Sure enough, the silver car had swiped along the side of the car’s exterior, clanging into the area between the front and rear doors. It looked a mess, with a huge panel dent on the door only being outgunned by some seriously scratched paint.

A young lad had tried to do a three-point turn on the road and got it a little bit wrong. It was a classic and unashamed accident and thankfully no one was injured or hurt.

But my poor S4 was looking decidedly sorry for itself, just a few days after arriving full of charm and swagger. A call to Audi later and the decision was made to return it to them for inspection and repair. All of this and just under 300 miles had been registered on the clock.

What did I say about not thinking about good things until they happen? I thought that I’d got through this without it playing out as badly as I could imagine, but apparently not. However, accidents do happen and given how 2020 has been, it’s not something to dwell on.

Still, I’ll be looking forward to the S4 re-appearing once it’s finished treatment at the Vorsprung Durch Technik hospital. But I’ll be trying not to think about it too much.