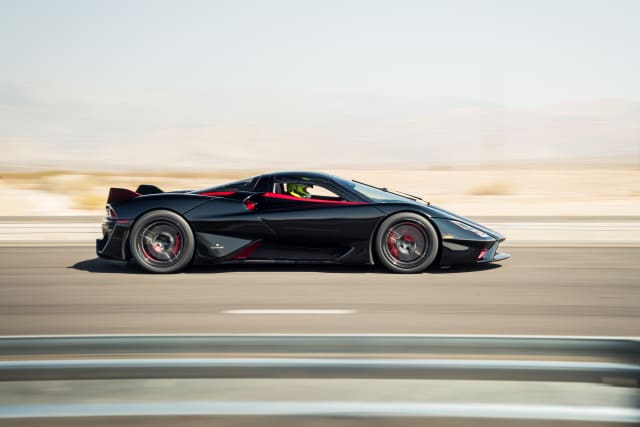 The SSC Tuatara has failed to set a record for the world’s fastest production car at the second attempt, following a controversial first try.

In October, Shelby Supercars North America claimed to have set a two-way average of 316.11mph in Nevada, but when doubt was cast over footage of the runs, it vowed to have another go with better recording instruments and witnesses.

Robert Mitchell, CEO of Nurburgring vehicle rental service Apex Nurburg, was one of the most vocal in criticising the earlier footage on his YouTube channel. SSC invited him out to view the second attempt, which happened on December 12 and 13.

Mitchell has since made a video about the days, explaining that the new runs would see the car’s actual owner make the record attempt. Despite having some racing experience, rain meant the first day of testing could not be completed, so all testing and record attempts happened on the 13th.

This led to issues with the engine, with the consecutive runs causing heat soak. This was largely caused by the countless sensor wires that had been fitted, which would pop the engine cover open, unplugging some sensors. With the engine overheating, two spark plugs failed on the final test run of the day.

However, Mitchell explained that on the final run, the car hit 251mph – with five different GPS systems recording data and an employee of Racelogic (one of the GPS providers) being in attendance.

All this, while SSC did not have the car turned up to full boost and the driver continued to acclimatise to the car.

So, despite a second attempt, SSC has yet to prove it has the world’s fastest production car. A third attempt is on the way.