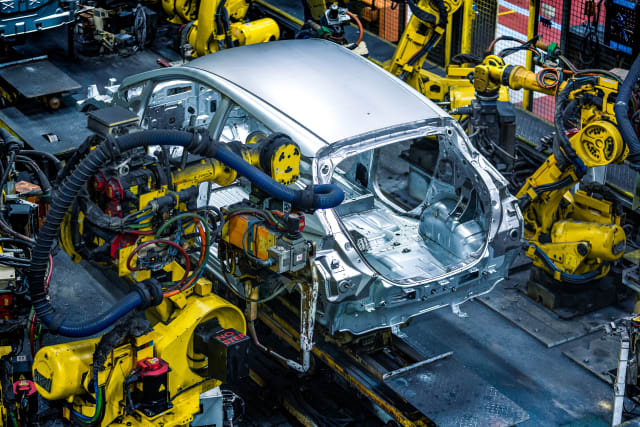 The UK car industry saw production dip in various segments as leading figures fear the ‘irrevocable damage’ that could be caused by switching to WTO tariffs in a no-deal Brexit.

Although not seemingly catastrophic, these figures are compared with November 2019, when factory shutdowns in anticipation of a no-deal Brexit caused a ‘depressed output’.

The year-to-date figures make grim reading, down by 16.1 per cent, 28.2 per cent and 31 per cent respectively.

The figures were released by industry body the Society of Motor Manufacturers and Traders (SMMT) said 85 per cent of vehicles built in the UK in November were for export, ‘highlighting the critical importance of free and fair trade with global markets to UK car makers’.

The SMMT says the 31 per cent reduction in car production comes at a cost of £10.5 billion to the sector.

Mike Hawes, SMMT chief executive, said, “Yet another decline for UK car production is of course concerning, but not nearly as concerning as the New Year nightmare facing the automotive industry if we do not get a Brexit deal that works for the sector.

“With just nine days to go, the threat of ‘no deal’ is palpable and the sector, now also reeling from the latest coronavirus resurgence, Tier 4 showroom lockdowns and disruption at critical UK ports, needs more than ever the tariff-free trading arrangements on which our competitiveness is founded.

“It is finally make or break time, as being forced to trade on WTO terms would be a hammer blow for many automotive businesses, workers and their families, so we must get a deal – and one that avoids the devastation of punitive tariffs for all automotive products, from day one. For the long-term survival of UK Automotive, there is quite simply no other option.”