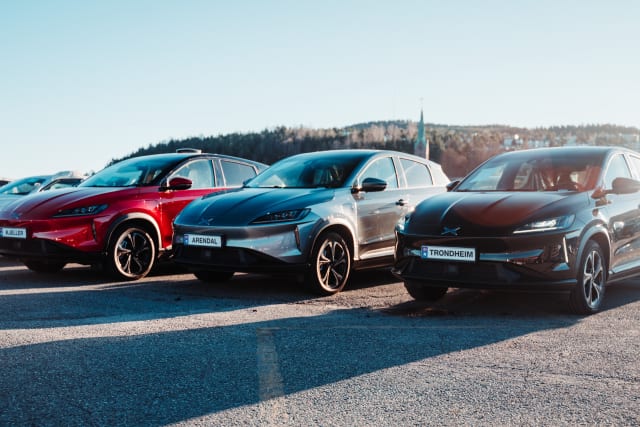 An electric vehicle maker in China has delivered its first vehicles to Norway ahead of a planned expansion into the rest of Europe.

One hundred Xpeng G3 crossovers have been delivered to customers across 28 cities and towns in the Scandinavian country, with the most northern being Bodø, just north of the Arctic Circle.

Xpeng says China will remain its primary customer base, but it plans to expand its international offerings to other countries that have ‘supportive government policies, advanced EV infrastructure and high EV awareness’.

“Our launch in Europe comes just as consumers are shifting in increasingly large numbers to more sustainable personal transport, and at a tipping point where governments around the world are stepping up their zero emission efforts.

“We look forward to being a significant driver in accelerating that transition.”

The Xpeng G3 is an electric crossover with a range of about 280 miles. It has features such as a panoramic windscreen, advanced driver assistance systems and voice control. It costs the equivalent of £30,300.

Xpeng says that following this limited launch of its new model, the P7 electric sports saloon will also go on sale in Europe within the next 12 months.