ABT turns its attention to Audi’s S3 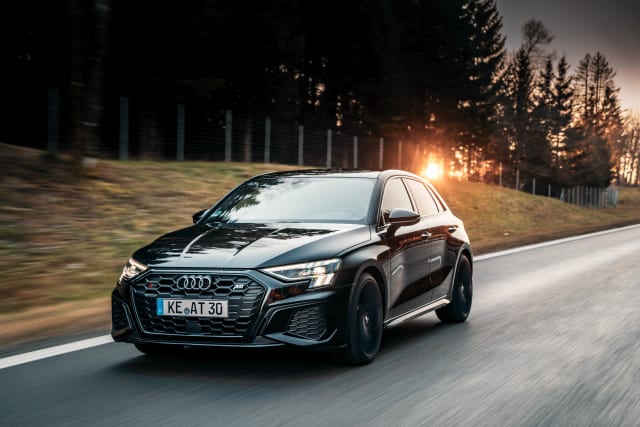 Well known for creating go-faster versions of Audi’s key models, ABT has included several upgrades for the S3 in order to maximise its performance.

A power upgrade for the car’s 2.0-litre turbocharged engine means that its output is boosted to 365bhp – over the regular S3’s 306bhp – while torque stands at a considerable 450Nm. The engine’s power is still sent through a seven-speed automatic to all four wheels via Audi’s quattro system, too.

Given that the regular S3 will manage to go from 0-60mph in 4.6 seconds, it’s likely that this version will be able to shave that time down considerably – though no official figures have been released by ABT. The standard S3’s 155mph top speed is likely to be retained, however.

The exterior of the car has been upgraded too with the fitment of 20-inch alloy wheels – available in two styles – or a smaller 19-inch variant. Inside, the start-stop button has been fitted with an illuminated ABT logo, while all manner of changes can be made to the cabin according to the buyer’s specifications.