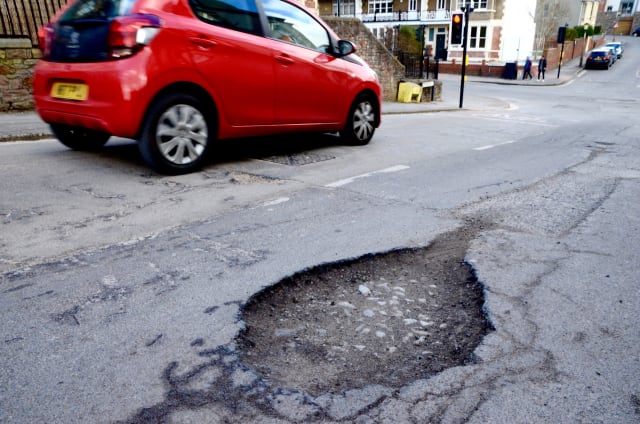 Motorists’ biggest concern in 2020 was the poor state of local roads, according to new research.

Thirty-eight per cent of drivers said this was a big concern, up from 33 per cent in 2019.

It topped concerns about driving this year, despite a dramatic fall in car use because of the coronavirus pandemic. It beat drivers using handheld phones (32 per cent), the poor standard of other motorists’ driving (27 per cent) and others’ aggressive behaviour (26 per cent).

However, it is clear that the condition of roads is the key concern of drivers, with 52 per cent saying they had noticed roads had deteriorated over the past 12 months, up from 49 per cent in 2019. Just six per cent thought roads had improved, a considerable fall on 2019’s 11 per cent.

The RAC, which commissioned the survey of over 3,000 people, said this correlates with its own data, which showed 1,871 call-outs for shock absorbers, broken suspension spring or distorted wheels between July and September.

It said these are the breakdowns most likely to be caused by poor road surfaces, and represented the highest number for that period since 2015.

An incredible 97 per cent of those who said road conditions had deteriorated admitted potholes were an issue, but the RAC noted big increases with other complaints. This included the visibility of signage (46 per cent, up from 17 per cent last year).