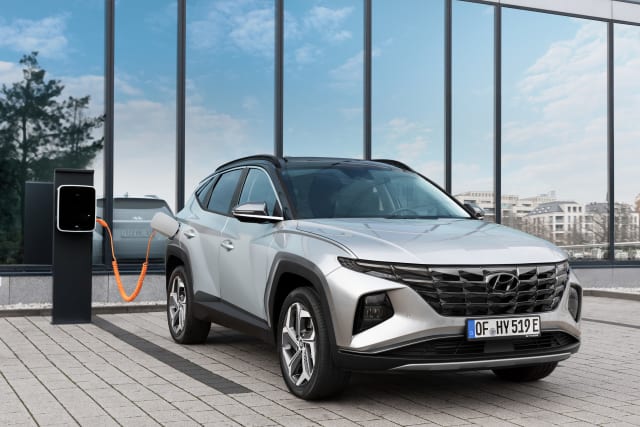 The Hyundai Tucson will soon be available with a plug-in hybrid powertrain, making it the most powerful and likely the most economical model in the range.

The SUV will be powered by a 1.6-litre petrol engine and electric motor that will produce a combined 261bhp and 350Nm of torque.

Economy figures have not yet been revealed, but it will certainly be capable of using less fuel than the standard petrol, diesel and mild hybrid models also used in the lineup.

The Tucson PHEV gets a 13.8kWh battery, which results in an electric-only range of about 31 miles. It’s equipped with a 7.2kW charger so the batteries can be topped up at public charging points or at home overnight.

Hyundai says it worked on the battery placement so that it did not affect boot or cabin space too badly – with a boot capacity of 558 litres with the seats up, it’s almost 10 per cent roomier than the old model.

Four-wheel-drive is included as standard on the Tucson PHEV and it comes with Hyundai’s Terrain Mode which adapts the car’s settings for different types of surface and driving conditions.

Style-wise it gets the same updates as the rest of the new Tucson range, including the intriguing ‘hidden lights’, while inside there’s a 10.25-inch infotainment display and a digital instrument cluster of the same dimensions.

The Hyundai Tucson PHEV will go on sale in Europe in spring 2021.