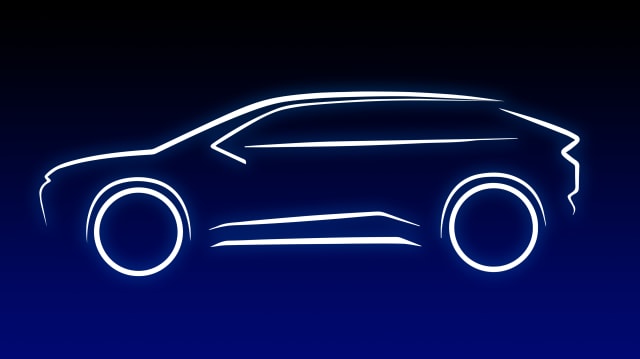 Toyota has announced that a new electric SUV will be revealed in the coming months.

The unknown model will be based on the new e-TNGA vehicle platform and is the ‘first step in the release of a portfolio of battery electric products’.

At this stage, Toyota has simply released a stylised silhouette of the vehicle, which appears to have a long body with a coupe-like sloping roofline.

The platform is also said to allow for front-, rear- or all-wheel-drive as well as a range of battery sizes and electric motors to suit each vehicle.

One of the advantages of using a common platform among different models is that the development time and cost is reduced. Toyota says the new vehicle has already been developed and is being readied for production in Japan.

Koji Toyoshima, deputy chief officer of Toyota’s ZEV factory where the vehicle will be made, said: “Toyota will shortly take the next step in the roll-out of its forthcoming battery electric portfolio by first previewing an all-new mid-size SUV in the coming months.

“The versatility and flexibility of e-TNGA technology allows us to design and create vehicles that are not just battery electric but also exciting to drive and beautiful to look at.”