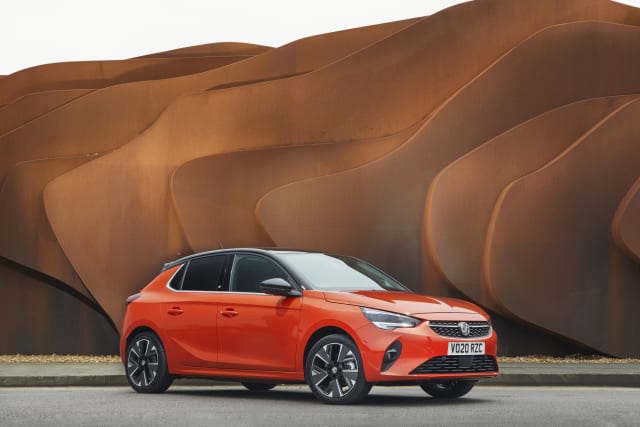 With England entering another lockdown in November, it’s no surprise to see overall sales were down during the month. However, with dealers better prepared for home deliveries and click and collect services, at a fall of 27.4 per cent it was nowhere near as disastrous as the first full month of national lockdown in April.

Despite seeing sales decline, some models beat the odds to sell well in the month. Here’s the top 10.

Over the years, the Corsa has become a staple of the UK car scene, appealing to buyers of all ages with its fun styling, small but practical shape and value for money deals.

However, the latest generation could be the most popular yet, as it regularly finds itself around the top of the monthly sales charts. In November, it knocked the Mercedes-Benz A-Class off top spot to claim first place.

Another hugely popular model that’s having a strong end to the year is the Golf. It struggled early on when the new model hit dealer forecourts, because a mix of the pandemic and software issues meant deliveries had to be paused.

All appears to be well again, though, as the hatchback nicked second place ahead of last year’s best-seller.

The A-Class has to settle for the final step on the podium in November, as the premium model continues to defy the odds as a best-seller. Badge appeal and attractive deals have kept this model high up the charts, and it’s actually the fifth-best-selling model so far this year.

It’s nowhere near as new as many of the other models in this list, but it’s keeping them honest.

One of the original crossovers has managed to fight off competition from dozens of rivals and continues to prove popular with buyers.

The latest generation looks great and drives better than ever, while bringing the practicality that made it so popular in the first place.

If you’re looking for a good-sized family hatchback that’s affordable, the Ford Focus is a pretty good bet. And buyers agree, because it’s fifth this month and fourth for the year so far.

It’s the variety that helps it sell so well, because it’s also available as an estate and ST model, so there’s a Focus for every need.

The latest generation of Mini have proved hugely popular, thanks to their retro-inspired styling, high-quality interiors and fun driving dynamics.

It’s still made in Oxford so has a British heart, despite being owned by BMW, while the addition of an electric version has only enhanced its appeal.

The new Puma was always going to be a sales hit. It’s a crossover that’s based on the Fiesta, Britain’s most-loved car – in fact, it’s actually outsold it this month.

As well as the higher driving position, it’s really practical, thanks in part to the MegaBox design that increases boot capacity. There’s also an ST version now, so you can get practicality and performance in one package.

Britain’s best-selling car so far this year had a weak month, as it’s usually fighting it out for the podium spots.

Ford has switched up the powertrain choices on offer recently, removing diesel options and replacing them with a mild-hybrid petrol option.

Incredibly, the XC40 and Fiesta sold an identical amount in November. It’s mighty impressive from Volvo, because its premium SUV has sold on a par with an affordable supermini.

The Swedish firm’s push upmarket while retaining its reputation for being safety conscious is clearly paying dividends. And with an electric version on the way, the XC40’s popularity is only set to increase.

Rounding out the top 10 is the Audi A3, which has outperformed its usual position this month – it doesn’t feature on the top 10 for the year at all.

However, it’s based on the same platform as the latest Golf, so it’s got great underpinnings coupled with a more premium interior and badge appeal. There’s even a performance version, the S3, which broadens its appeal.