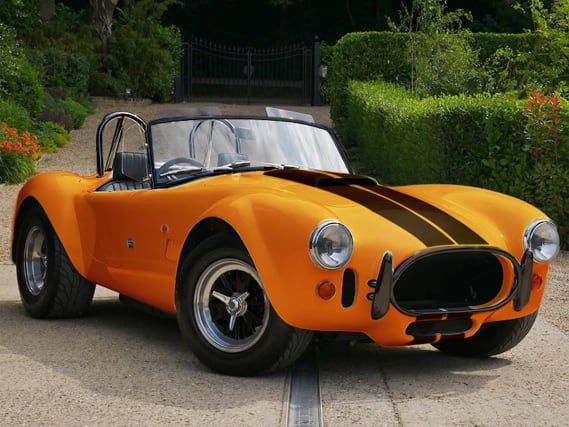 AC Cars has revealed a new version of its electric reborn Cobra.

The AC Cobra Series 4 comes in above the firm’s Series 1 with a solely electric powertrain, ditching the V8 engine which would traditionally be found in the classic sports car.

It delivers 617bhp and 1,000Nm of torque from its 54kWh battery pack, which equates to a 0-60mph time of under four seconds. Despite this performance, AC Cars says that the electric Cobra will deliver up to 200 miles between charges and weigh ‘less than 1,190kg’.

“Eliminating excess weight brings with it positive benefits for the car’s owner. Lower overall weight reduces energy consumption, allowing the batteries to deliver a longer range and the ability to drive the car to AC’s traditional high standards for speed and acceleration which the marque has achieved over many years”.

Though further details surrounding the car are relatively scarce, AC Cars has stated that the Cobra Series 4-electric will cost £168,000 and reservations for production cars are being taken now. First customer deliveries are expected to commence in summer next year.