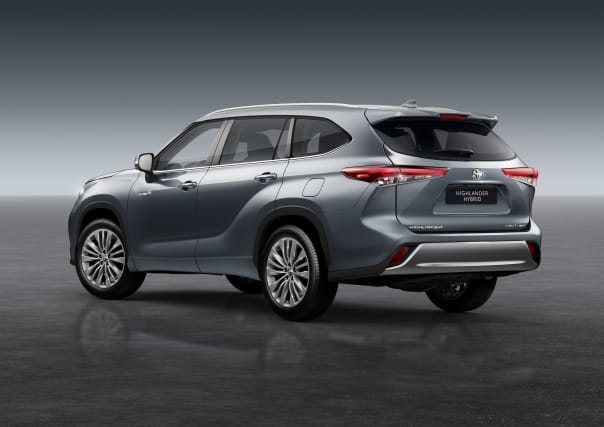 Toyota has confirmed that its Highlander SUV will go on sale in the UK for the first time.

Now into its fourth generation, the Highlander has previously only been available in North America and select European markets.

The latest Highlander, however, will go on sale in the UK on January 1, 2021, bringing a sole petrol-electric hybrid powertrain with four-wheel-drive. First deliveries are expected to commence in March 2021.

Priced from £50,595, the Highlander will be available with one of two trim levels. The first – Excel – brings 20-inch alloy wheels, a premium sound system and three-zone climate control as standard while the second specification – Excel Premium – adds a panoramic roof, heated rear seats and a head-up display as well as an additional £1,680 on the price tag.

Toyota has stated that more information on the Highlander is due to be revealed in the new year.

The firm has also announced that its new RAV4 plug-in hybrid will be priced from £47,395 when it goes on sale in January. With a hybrid setup bringing 302bhp, it’s the most powerful RAV4 to date, while large batteries enable a 46-mile electric-only range. Toyota also claims that the RAV4 will return up to 282mpg while emitting 22g/km CO2.