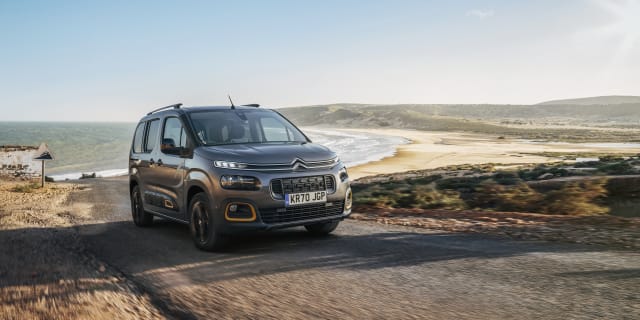 Citroen has continued its partnership with Rip Curl through a new special edition Berlingo model.

The Berlingo Rip Curl is the latest in a long line of models created through a joint venture between the well-known surf brand and Citroen, with the most recent being the C3 Aircross Rip Curl Edition launched in May.

Priced from £24,345, this new model has versatility at its fore thanks three individual rear seats which can be folded into the floor, revealing up to 3,500 litres of storage space.

The exterior of the car bears the Rip Curl logo as well as Ochre-yellow highlights which help to differentiate it from the rest of the Berlingo range. The colour is applied to the trim pieces surround the fog lights as well as on the Airbump trim. A choice of four exterior shades is available, with Natural White being the only standard colour – Cumulus Grey, Platinum Grey and Onyx Black are all accompanied by an additional cost.

The eye-catching shade is also applied in stripes for the seatbacks, while the floor mats have been branded with the Rip Curl logo.

All Rip Curl models benefit from a specification equivalent to standard ‘Flair’ variants, which sees 16-inch alloy wheels, black roof bars and dual-zone climate control fitted as part of the car’s price. Front and rear parking sensors and a 180-degree reversing camera are included, too.

Two engines are available from launch. The first is a Blue HDi diesel linked to a six-speed manual gearbox, while the second is a more powerful petrol combined with an automatic transmission.