Cars across the UK failing MOT due to ‘avoidable faults’, finds survey 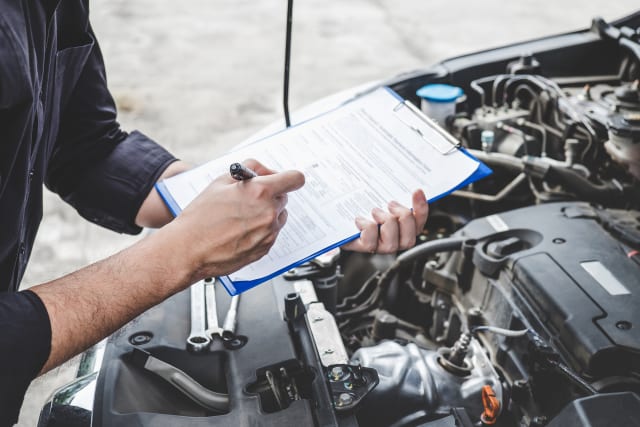 Thousands of vehicles are failing their MOT tests across the UK due to avoidable faults, according to new research.

The Government’s six-month MOT extension was introduced during the UK’s national lockdown, granting an elongated MOT period to millions of cars.

As a result, demand for MOT tests has surged in recent months.

However, close to 32 per cent of vehicles fail their MOT test first time, with many doing so as a result of faults which could be easily remedied by drivers carrying out basic checks beforehand.

Bookmygarage.com asked workshops to highlight the single most easily-avoid MOT faults and the ones which could easily be fixed before the test.

A third of the 9,000 garages questioned said that empty screenwash reservoirs were an all-too-common cause of an MOT failure, despite it being an issue which can easily be remedied at home.

Another 27 per cent said that all defects fell into the category of ‘lamps, reflectors and electrical equipment’.

However, 17 per cent of workshops said that cars had failed simply because there were items obstructing the driver’s view, including phone holders, sat-nabs and air fresheners. Even if an item is removable, it can cause a failure if it is deemed to obstruct the driver’s view.

Many MOT failures were caused by cost-cutting DIY measures taken by motorists. These included instances of both duct table and sellotape being used to patch up windscreen crashes, or suspension components being held together with cable ties and bungee cord. On one occasion, an exhaust was bein supported by a leather belt.

Jessica Potts, Head of Marketing at BookMyGarage.com, said: “With the MOT extension in place until 1st August this year, we expect high demand for MOT bookings to continue until February. Therefore, some drivers may find it harder than normal to get a re-test should their vehicle fail first time. However, by doing some basic checks, many drivers could avoid the need to book a re-test in the first place.

“Our analysis also revealed some fairly alarming findings by workshops where owners had either tried to cut corners or save money by attempting repairs themselves. More often than not, any repairs that go beyond the scope of basic checks and maintenance are best left to the experts, especially if getting it wrong could compromise safety or result in thousands of pounds worth of damage.”