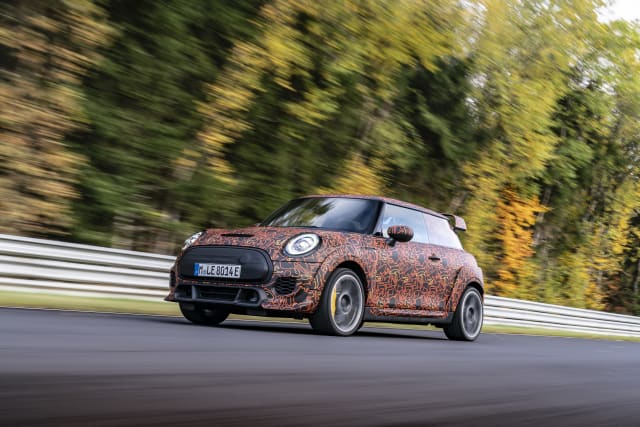 Mini has confirmed that it will build its John Cooper Works performance models with electric powertrains in the future.

The British firm recently began selling an electric version of its regular hatchback model, but now says this new vehicle architecture will not spell the end of its faster variants.

Mini says the success of the Countryman plug-in hybrid and Cooper Electric has encouraged preparations for ‘the next step in the development of electric John Cooper Works models’.

Bernd Körber, head of the Mini brand, said: “With the Mini Electric, we’ve shown how well brand-typical driving enjoyment and electric mobility can be combined.

“John Cooper Works models with conventional combustion engines will still continue to have an important role to play, to make sure we’re addressing the wishes and needs of performance enthusiasts all around the world.

“With this new focus on electric performance, we’re also creating the opportunity to sharpen the distinctive profile of the John Cooper Works brand more than ever before.”

Mini gave very little detail about the make-up of an electric Mini hot hatch, but it did share photographs of what appears to be a camouflaged prototype version undergoing testing. It looks very similar to the existing Mini Electric, with a smooth front grille.

It also has the flared arches and prominent rear wing from the hardcore, track-focused Mini JCW GP, hinting that the first JCW EV could be one of the fastest models the firm has ever made.