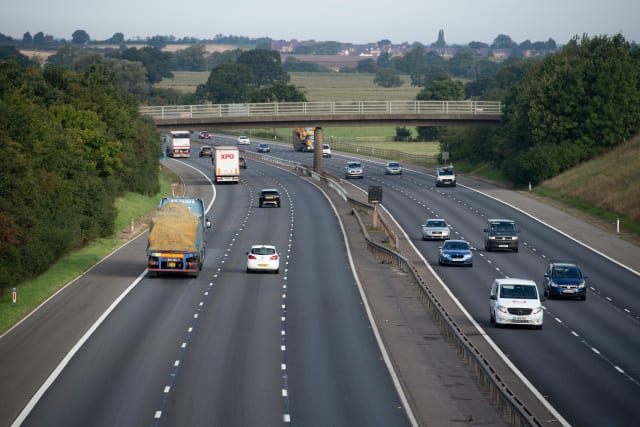 A reduction in traffic levels during the first coronavirus lockdown saw a seven per cent increase in the number of drivers speeding, new government data shows.

Annual speed compliance statistics show a direct correlation between traffic levels reducing as the public were encouraged to stay at home from the end of March, and an increase in the proportion of motorists exceeding the speed limit, compared with the same period in 2019.

On motorways, speeding increased from 52 to 53 per cent. However, the difference was more stark on single carriageways and 30mph roads, which increased from 10 to 17 per cent and 56 to 63 per cent respectively.

Jack Cousens, head of AA Roads Policy, said: “It is worrying that more drivers broke the speed limit when there was less traffic on Britain’s streets during the lockdown.

“Also of great concern was the increase on 30 mph roads, given there were more pedestrians and cyclists exercising or avoiding public transport during the first lockdown.

“However, despite some high-profile law-breakers, UK roads didn’t turn into racetracks. Early in the lockdown, there were incidents of extreme speed on motorways, main roads and even residential streets, particularly around London, as offenders thought the police would be busy enforcing the lockdown.

Cousens pointed to police forces’ use of social media to create high-profile ‘collars’ to show motorists they were still prosecuting, which helped to stop speeding getting out of hand.

Despite this, the percentage of cars exceeding the speed limit by more than 10mph increased from 13 to 15 per cent on motorways, one to three per cent on single carriageways and six to eight per cent on 30mph roads.