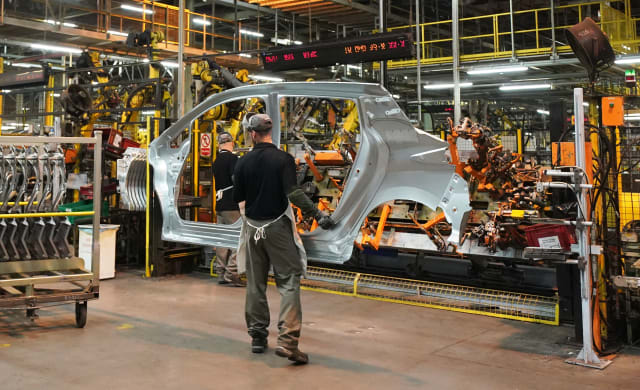 The government has been urged to strike a Brexit deal by Christmas that puts automotive at the heart of discussions – or risk striking a financial blow to one of the UK’s biggest industries.

That’s the warning from the Society of Motor Manufacturers and Traders (SMMT), which represents the UK car industry.

Under a no deal Brexit, businesses would trade using World Trade Organisation (WTO) tariffs from January 1, 2021. The SMMT warns that using these long-term would cost UK Automotive £55.4 billion by 2025.

Even with a so-called ‘bare bones’ deal, the SMMT warns the industry could lose more than £14bn, adding: “For the automotive sector, Brexit has always been an exercise in damage limitation.”

These losses would be on top of the circa £89bn lost across the European car market during the coronavirus pandemic.

SMMT president and executive chairman George Gillespie said: “We need a future trading relationship that works for automotive. We’ve already spent nigh on a billion pounds preparing for the unknown of Brexit and lost 28 times that to Covid.

“Let us not also be left counting the cost of tariffs, especially not by accident.”

SMMT chief executive, Mike Hawes, added, “The government’s plan for a green industrial revolution is an immense challenge – for automotive, the energy sector, consumers and for government itself.

“We are already on the way, transforming an industry built on the combustion engine to one built on electrification. But to complete the job in under a decade is no easy task.

“And with showrooms closed, choking factories of orders, the ability of the sector to invest further is severely constrained.

“Automotive is nothing if not determined, adaptable and resilient, yet, as the clock ticks ever closer to midnight on Brexit negotiations, the competitiveness and employment we need to get back to growth – green growth – hangs in the balance.”

The SMMT warns that working under WTO tariffs would add £2,000 to the cost of British-built cars in the UK, reducing sales and therefore output in UK-based factories, as well as making the UK less attractive for investment.

Furthermore, cars bought in the UK that are built in the EU would cost almost £3,000 more than they do now.