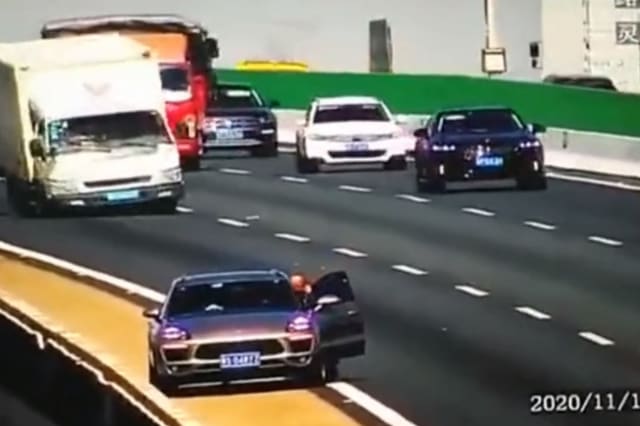 A car flipped over and flew off a bridge after a dramatic collision with a truck on a highway in southern China.

In the CCTV footage captured on the Guangzhou-Aozhou Expressway, a white truck can be seen colliding with the expansion joints of the bridge.

The truck loses control and crashes into a blue car, causing it to flip over repeatedly and roll off the bridge.

All five people in the two vehicles wore seat belts and only suffered minor injuries.

The accident is under further investigation