Audi to make all car plants carbon neutral by 2025 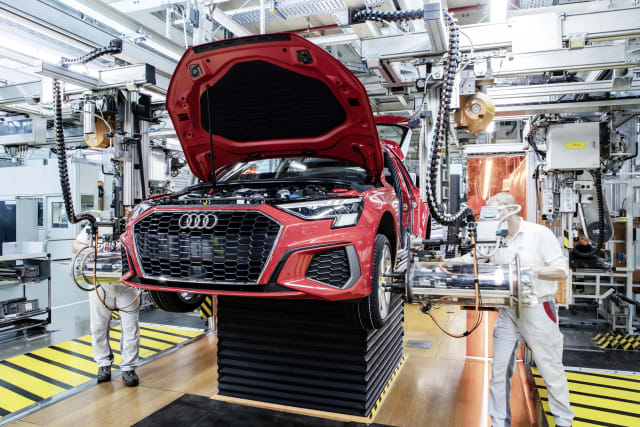 Audi has announced its intentions to make all of its vehicle production plants carbon neutral by 2025.

Billed ‘Mission:Zero’, the manufacturer is implementing a range of policies that will enable its facilities to be greener.

Audi produced 1.8m cars across its global sites in 2019, and with a large proportion of a vehicle’s lifetime emissions produced during the manufacturing stage, the firm is looking to do its part to meet Paris climate goals.

Audi’s Brussels plant, where the electric e-tron SUV is produced, became carbon neutral in 2018, while its facility in Hungary – where some of the brand’s sportier models are manufactured – also became CO2-neutral recently.

The Gyor plant in Hungary was helped to become CO2-neutral by its 160,000 square meter rooftop solar panels – the largest of their kind in Europe – along with its use of geothermal energy.

Plants in Ingolstadt and Neckarsulm, both in Germany, and San José Chiapa, Mexico, are currently about 75 per cent of the way to achieving carbon neutrality.

Peter Kössler, member of the board of management of Audi AG for production and logistics, said: ‘A major proportion of the emissions in an automobile’s lifecycle are generated during its utilization phase. However, along with the growing proportion of electrified vehicles, these emissions increasingly shift to the manufacturing phase.

“This is where we have a decisive lever as manufacturers. By achieving carbon neutrality for our production sites and consistently carrying this aspiration into our supply chain, we ensure that our automobiles reach the customer with a smaller carbon footprint.”

Audi is also working on recycling aluminium to be used in new vehicles, while is also working with its partners and suppliers to ensure they also commit to carbon neutrality.