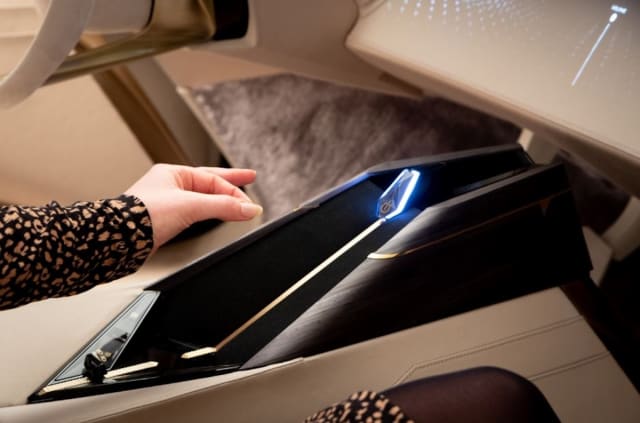 DS Automobiles is developing a new type of technology which will allow drivers to ‘press’ buttons without having to physically interact with any of the car’s controls.

Working alongside human-machine interface developer Ultraleap, the systems have three-times greater accuracy compared with a traditional touchscreen. This, in turn, means that drivers need to spend less time with their eyes away from the road in order to change a certain setting on their car.

Drivers will be able to control infotainment and navigation settings by making hand gestures in the air. This is different from other gesture controls, however, in that haptic feedback is projected onto their hand to give the impression of ‘touching’ a button.

It’s done by ultrasonic speakers which produce a sound at a high enough frequency so as not to be audible. Soundwaves are then brought together to create a single point of high pressure which can then be detected by a finger, therefore simulating touch.

Skeletal tracking generates a virtual model of a hand’s movements, which enables the system to predict the position of a finger even if it’s obscured from view.