Feeling a bit rusty behind the wheel? Sharpen up with some of these key tips 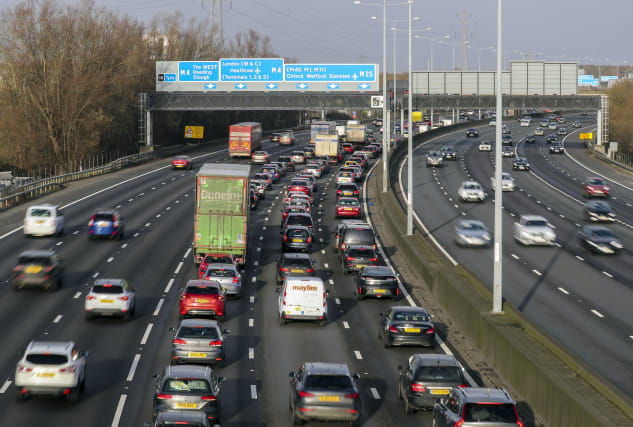 Most people in the UK are driving less than usual. In England, the second lockdown period has seen people staying closer to home, while in Wales, Scotland and Northern Ireland, additional measures have meant people aren’t travelling as far either.

As a result, many of us simply aren’t getting as much drive time as we might ordinarily be. It’s easy to lose your edge, next time you head out onto the roads, try some of these tips to ensure you stay in tip-top shape for driving.

Planning usually makes life easier and it’s the same when it comes to driving. Though many of us are driving shorter distances than usual, if you’re going further afield then planning your route out makes a lot of sense. You can use an in-car sat-nav, mapping on your phone or even a good old fashioned paper map to pre-determine your route.

It’ll make things less stressful if you know just where you’re going and you’ll be able to relax into your drive.

Many people get their seating position wrong when behind the wheel and it can increase fatigue and even cause back issues. There’s no reason why you should be uncomfortable in your car, however.

Adjust your seat so that you’re able to fully depress the pedals and rest your wrists on the steering wheel; you should have a slight bend in your arms, but no more than that. Too much bend and you’re probably sitting too close, too little and there’s a good chance you’re too far away.

Get rid of any distractions

Even the most road-hardened of drivers get distracted from time to time, and it’s distractions which often lead to accidents. So try to avoid them; put your mobile phone on silent and leave it somewhere out of reach. Not only does it stop being a distraction, but you’ll also avoid any temptation to use it – something which carries points and a fine if you’re caught in the act by police.

We’d also advise getting rid of anything which is hanging over the rearview mirror such as air fresheners or charms as they obstruct your field of view and block a clear sight at the road ahead.

A tidy car is a happy car. Go around the cabin and clear up any items which might be free to roll around the interior when you’re on the move. Water bottles are a particular culprit for this; get rid of them or put them in a dedicated holder.

A clean car will be a more relaxing place to be, too, making your journeys a little less stressful.

It might sound silly, but once you’re on the move the best thing you can do is look ahead. It’s all too easy to get sucked into the method of looking right at the car in front, but casting your eyes further ahead will allow you to prepare for anything coming towards you.

This could be a car slowing down unexpectedly, or even a pothole in the road ahead. It’s a method which, once you’re in the habit of doing, pays dividends.

Smoother driving is a way of making the whole journey a little calmer. It’s easy to do, too. When it comes to gearchanges, try changing up a little earlier and don’t feel the need to ‘rev’ the engine right out. Not only will this make your driving a bit smoother, but it’ll also save fuel.

And going back to our policy of looking ahead, try preparing earlier for junctions and bends. Be smoother with the brakes and the whole car will feel more settled as a result.

It can be tempting to move closer and closer to the car in front, but realistically it’s not going to save you any time and it only increases the chance of an accident occurring. Instead, back off and leave plenty of space from yourself and the car ahead of you.

It’ll also leave you better prepared to deal with traffic slowing down ahead, while the ability to use the brakes more gradually will cause your pads and discs to wear out more slowly, saving you money in the long run.