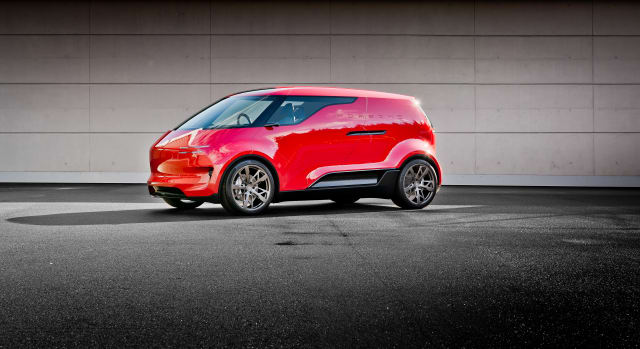 Porsche is a manufacturer which has a long history of creating striking and technologically-advanced sports cars. Most of them make an impact on the public and are snapped up by buyers across the globe, but now Porsche has revealed a series of cars which never made the light of day.

“People all over the world love the timeless and innovative design of our sports cars,” says Oliver Blume, Chairman of the Executive Board at Porsche AG. “Visionary concept studies are the foundation of this success: they provide the pool of ideas for the Porsche design of tomorrow, and combine our strong tradition with trailblazing future technologies.”

The concepts show a variety of different directions that Porsche could have gone in – so let’s take a look at them.

The clay model 919 Street was initially designed to be a road-going version of the firm’s 919 Hybrid race car. Striking in its design, it’s a car which utilised a hybrid powertrain producing a sizeable 888bhp.

Sadly, despite its well-rounded design and high-performance powertrain, it doesn’t seem that the 919 Street will ever enter production.

Porsche’s Spyder models are arguably some of the prettiest in existence, but this concept – which, according to Porsche, took inspiration from Spyder models of the 1950s – is a hardened, more focused affair.

It was also designed as a way of testing the waters for new technology systems to see if they could make production. One such element is the ultra-modern rollbar.

The Porsche vision Rennidienst takes a different tack to Porsche’s norm, arriving as a concept designed for families and incorporating space for up to six people. The cabin is modular and can be moved around, while the driver sits in a central seat.

It’s also underpinned by an electric powertrain which frees up room in the cabin for the passengers to enjoy.