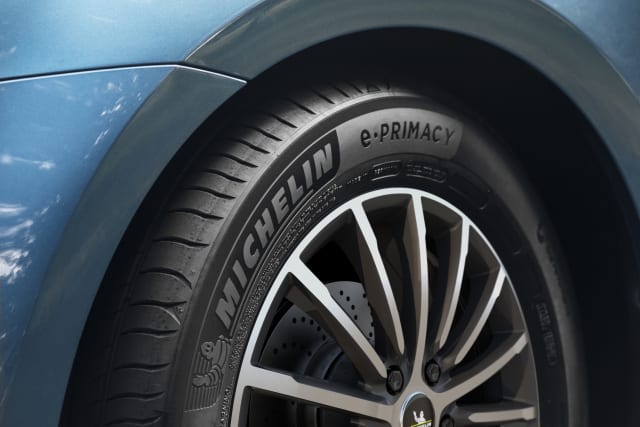 Michelin has introduced the new e.Primacy – the first tyre in the world which is carbon neutral at the point of purchase.

The e.Primacy was designed from the offset to be as environmentally-friendly as possible, with initial tests showing that drivers using the tyre saved around 0.21 litres of fuel per 62 miles, saving just over £70 over the life of the tyre.

Not only that, but the low rolling resistance offered by the e-Primacy equates to 174kg less CO2 emitted over the life of the tyre. When fitted to an EV, the tyres can help to increase average range by seven per cent.

In order to deliver a carbon-neutral tyre, Michelin invested in projects which absorb, avoid or offset carbon emissions. These included replanting trees and the installation of less energy-intensive cooking equipment in a variety of countries.

Scott Clark, Michelin group executive committee member, said: “This is a world first that will open the way to a new generation of products.

“Environmental issues are central to our strategic priorities. To reduce its environmental footprint more quickly, Michelin has pledged to lower CO2 emissions from all its production facilities by 50 per cent by 2030 compared with 2010, with the ultimate goal of achieving carbon neutrality by 2050.

“Michelin is also developing solutions to use renewable or recycled materials to manufacture its tyres, while enhancing their performance even more. By 2030, Michelin tyres will be 20 per cent more energy-efficient than they were in 2010.”