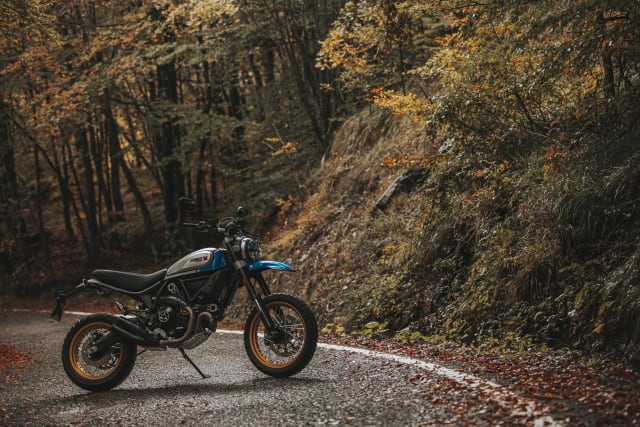 Ducati has introduced new additions to both its XDiavel and Scrambler range of motorcycles.

A new Scrambler variant, called Nightshift, has been added to the line-up, bringing a stealthy black and grey paint scheme alongside a flat bench seat and cafe racer-style bar end mirrors. Ducati has also removed the rear mudguard and fitted the number plate to a bracket on the swingarm, too. It costs from £9,595.

There’s also a Desert Sled model – which takes design cues from Dakar rally races – which brings a blue livery with red and white highlights, contrasted by wheels with gold spokes.

An entry-level model brings a classic red paint scheme, though yellow and orange options remain available as they did on the previous-generation Scrambler.

In addition, two new models have been added to the XDiavel line-up.