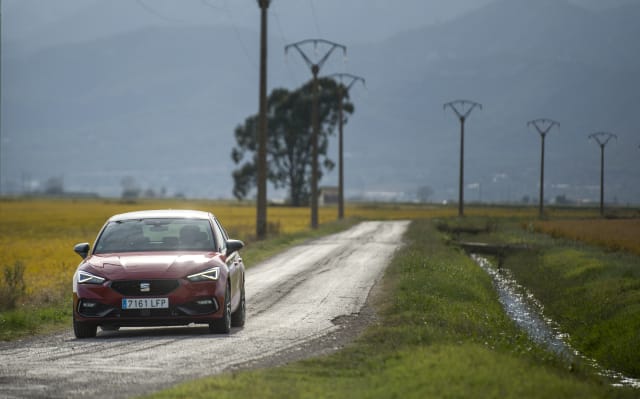 Seat is testing the use of rice husk as a substitute for plastic in its new Leon.

Rice husks, which are a bi-product of harvesting the grain, are unrecyclable. However, Seat is testing out to see if it can be used to substitute up to 20 per cent of the plastic usually used inside its Leon hatchback.

The test replaces plastic usually used within the boot lid, boot floor and cabin headliner, replacing it with the rice husk material which is lighter than the polyurethanes and polypropylene it replaces.

Joan Colet, interior trim development engineer at Seat, said: “We’re always working on finding new materials to improve our products, and in this sense, rice husks enable us to work on reducing plastics and petroleum-based materials.

“The parts are lighter, which means that we reduce the weight of the car, thus reducing our carbon footprint. We’re also using a renewable material, promoting the circular economy and making a greener product.”

Up to 12,000 tonnes of rice husk – which would otherwise be incinerated by their processor – are expected to be recycled by the move while also reducing the amount of global husk waste by eight per cent.

Current testing procedures are being implemented to see how much husk can be used so that it retains the quality requirements of the original part. The boot floor, for instance, undergoes load tests of up to 100kg on a particular area to ensure that it’s strong enough to hold goods. Heat tests are also conducted to ensure that it can deal with extremes in temperature.