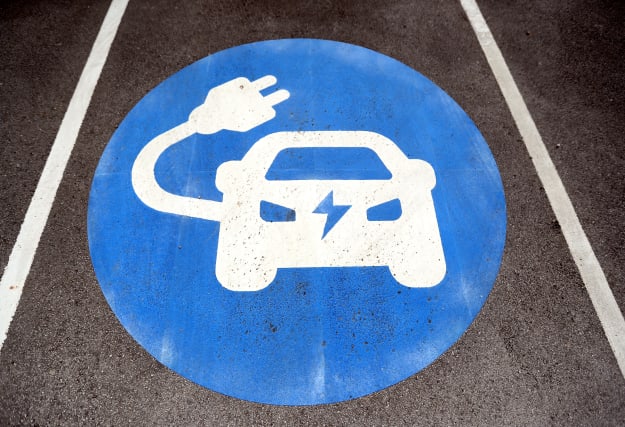 More than 1,200 electric vehicle charging devices were installed for public use in the UK between July and September, new figures show.

Department for Transport (DfT) analysis shows 19,487 devices were available on September 30, up 7% from the total of 18,265 three months earlier.

Rapid devices – which can top up a car battery from empty to 80% in around half an hour – make up just over a quarter of the 1,222 additional devices fitted.

RAC spokesman Rod Dennis said the overall increase “sends all the right signals” to drivers considering opting for an electric model next time they change their car.

He went on: “Add in the fact that many people with electric cars can charge from home, and overall it’s a positive picture.

“But there’s still a way to go and the focus now needs to be on installing as many fast chargers as possible, given that less than a fifth of public chargers are rapid.

“While the speed of fully charging an electric car can’t compete with the five minutes or so it takes to fill up a petrol or diesel model, a greater number of faster chargepoints could help tempt more people to go electric sooner.”

The DfT’s analysis was based on data provided by online charging point platform Zap-Map.

A charging device is a unit capable of charging the batteries of one or more plug-in electric vehicles simultaneously.

There is often more than one device at a single location.

Charging devices have largely been funded through the private sector, although the Government has boosted its financial support in recent months.

Figures published by automotive trade body the Society of Motor Manufacturers and Traders (SMMT) show pure battery-electric new cars held a 5.5% share of the new car market in the first 10 months of the year, compared with 1.4% at the same point last year.

In February, Prime Minister Boris Johnson set out plans to bring the ban on sales of new petrol, diesel and hybrid cars and vans from 2040 to 2035 at the latest, as part of efforts to reach net-zero carbon
emissions by 2050.

There has been speculation that a decision will be made this week, with the Labour Party and Greenpeace among those calling for the ban to be implemented by 2030.

The SMMT has warned it will take “more than an arbitrary date” to fully electrify the new car market, as it called for a “world-beating package of incentives, massive investment in infrastructure and the creation of competitive investment conditions”.