These are some of the top crossovers on sale today 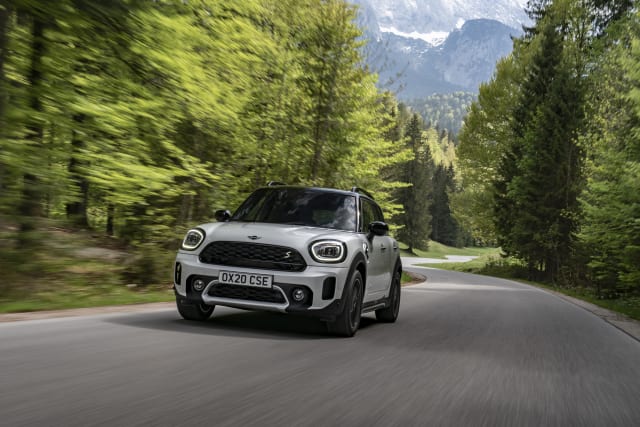 It’s fair to say that the crossover segment is in rude health. Manufacturers are bringing crossovers to the market thick and fast, while buyers are snapping them up just as quickly. It’s little wonder why there are quite so many crossover options available today.

But how to choose between them? We’ve put together a list of some of the best crossovers on sale today.

Volkswagen’s T-Cross captures everything people love about the brand – great build quality, smooth engines and refined looks – and blends them into a compact package. It’s got that raised ride height which crossover buyers are looking for, yet isn’t unwieldy large to drive around.

It’s got plenty of standard equipment too and utilises Volkswagen’s latest infotainment system, which is by far one of the best available today.

Kia’s Stonic takes a quirky angle on the crossover segment, bringing head-turning looks as well as a well-appointed and well-made interior. It’s great to drive too, with well-weighted steering helping to make the Stonic rather accomplished in the bends.

It also gets Kia’s excellent seven-year warranty, which will be a real draw for those people looking for low-cost motoring.

Seat is on a roll of late and its compact Arona is a showcase of just how far the brand has come. Though compact, it’s surprisingly roomy inside with plenty of space – both for passengers and their luggage.

It’s available with a series of efficient engines too, helping to make the Arona affordable to run.

Audi’s Q2 manages to encapsulate some of the brand’s premium appeal in a smaller package. As well as high-end touches throughout the interior, the Q2 receives trademark styling touches used on other larger Audi models such as the imposing front grille.

It’s dependable and good to drive too, with a robust feeling applied to the whole driving experience.

Volvo is another brand which has really been hitting home runs with its recent set of models. The XC40 – the firm’s smallest SUV-style car – features a classically Scandinavian approach to design, with a clean and well laid-out interior contributing to a calm driving experience.

It’s also available with a series of efficient hybrid powertrains, while a fully electric version – badged P8 Recharge – is due to arrive in the UK shortly.

Hyundai’s Kona Electric is a crossover for the electric age, bringing a battery-powered powertrain alongside quirky looks and an impressively well-made interior.

It’ll also manage up to 279 miles from a single charge – one of the best ranges from any EV currently on sale – and also arrives with loads of standard equipment and technology.

Mini’s Countryman crossover aims to take the quirky looks of the regular – and rather successful – hatch and translate them onto a larger stage. It’s fair to say that the firm has been successful, as while Countryman might not be quite as appealing as its little brother in the styling department, it features a design which is good-looking overall.

The Countryman is also accompanied by a decent range of engines, while there’s the option of a four-wheel-drive model too.