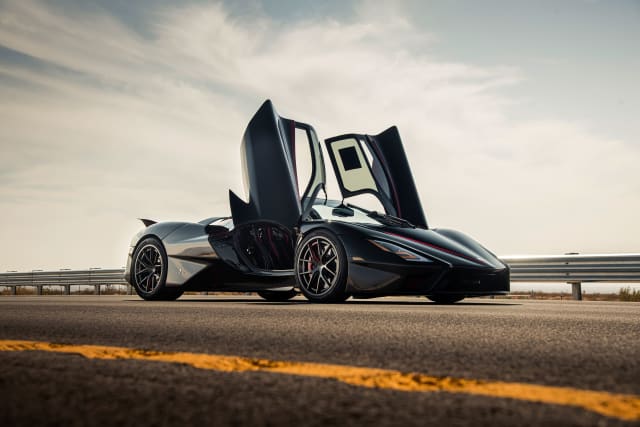 Shelby Supercars North America will make a second attempt to claim the title of fastest production car after discrepancies appeared between video footage and GPS data.

The company had claimed a GPS-verified 316.11mph, but social media users quickly noted that the video that was released did not tally with the speeds being shown.

SSC had taken its Tuatara hypercar to a stretch of road in the Nevada desert that has hosted various speed records before, which allowed people to compare the footage with previous attempts.

Concerns about the legitimacy of the run gained prominence after Tim Burton, AKA Shmee150, posted about it on his YouTube channel.

Now, SSC boss Jerod Shelby has released a video statement praising those who analysed the footage and explaining his side of the story.

He said: “As soon as we saw that [online speculation] – we’re a small organisation, we don’t have a massive crisis team, so we didn’t go back to the press immediately.

“What we did, as a small team, was we requested all of the video files, because we hadn’t possessed them. The first couple from the same run, we all of a sudden were seeing the same doubts… between the video and the GPS. I took that very seriously.”

Shelby says the ‘perfect view I had of this record is now gone’ because he could not provide conclusive proof that the run was legitimate. He therefore decided ‘we have to rerun the record…and do it in a way that it’s undeniable and irrefutable’.

The next run will have multiple GPS manufacturers involved, with staff from each on-site to ensure devices are properly set-up. One theory for the error that has been mooted online is that the GPS device was incorrectly configured, after the company that made the device used by SSC confirmed none of its staff were present on the day and that it had not verified the data.

Finally, Shelby has invited Burton, as well as Misha Charoudin and Robert Mitchell, who also questioned the run on their own YouTube channels, to attend the second attempt. The pair run a Nurburgring car rental company and have become prominent figures in automotive culture, often commenting on major events such as this run.

A date for the new record attempt is yet to be confirmed, but Shelby said it would be soon.