Half of drivers had cut mileage even before new lockdown, survey suggests 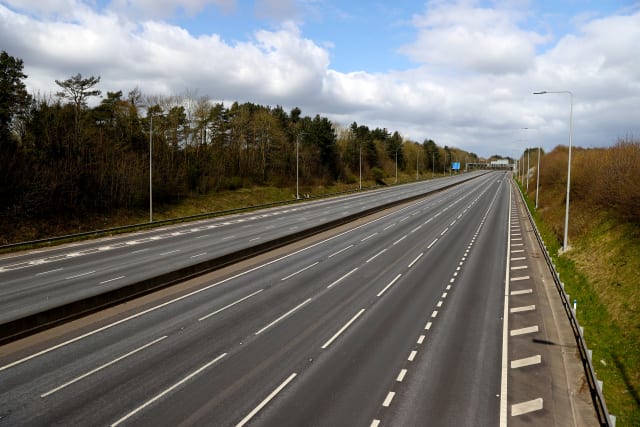 Half of drivers were spending less time on the road than normal even before new lockdown restrictions were announced, a survey suggests.

An AA poll of more than 16,000 motorists conducted from October 13-19 indicated that those driving less during the virus crisis had seen their weekly mileage drop by an average of 50 miles.

People in professional occupations were among the most likely to be driving fewer miles, reflecting the spike in home working.

The region of the UK with the highest proportion of drivers who had reduced their mileage was Wales (62%), compared with 41% of those in London.

Some 50% of respondents said they were clocking up fewer miles than normal, 42% were doing their usual amount of driving and 2% believed their mileage had increased.

The responses to the survey indicate a greater reduction in driving than was reflected in Government figures showing traffic reached more than 80% of pre-lockdown levels by mid-October.

Mileage is set to plummet again when new lockdown restrictions come into force.

People in England will be told to stay at home from Thursday.

AA president Edmund King told the PA news agency: “Increases in home working, the unfortunate rise in unemployment, and localised restrictions led to an expected reduction in weekly car use.

“Our analysis showing that half of drivers were driving less in mid-October doesn’t seem to quite square with official figures showing less of a reduction in traffic.

“The elderly – many of who have been shielding – reduced mileage the most with 56% in this category, whilst just 39% of the 18 to 24-year-olds reduced mileage.

“The drop in weekly car travel highlights the need to check your vehicle regularly in order to prevent an avoidable breakdown.

“Ticking your car over once a week could be all the difference between staying mobile or needing a new battery.”