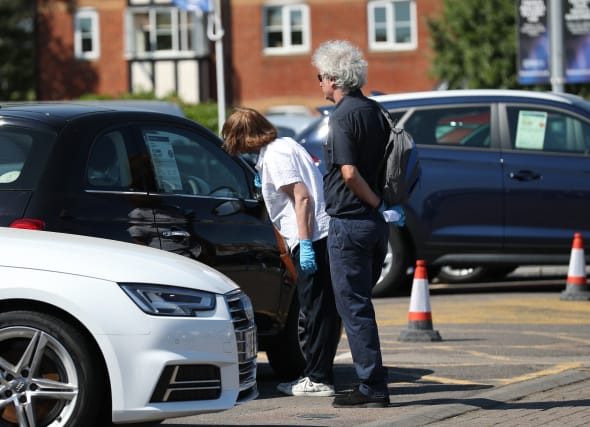 People are still buying used cars despite strict restrictions being imposed on movement in northern England and Wales, according to new data.

Online car marketplace Auto Trader says it predicts used car transactions will be up five to six per cent for July to September compared with the same period last year, while new car registrations in October could be up to 20 per cent higher than last year.

Auto Trader says car retailers in Wales have seen their share of leads and advert views increase since the ‘firebreak’ lockdown began on October 23, despite a brief dip. This is believed to be because buyers are going online now they cannot visit in person.

Meanwhile, with much of the north of England entering stronger lockdowns, buying intention remain strong. North West retailers have slightly more stock on the site than at the same time last year, resulting in strong advert views and leads, despite Manchester and Liverpool being in the highest tier.

Commenting on the findings, Auto Trader’s director of insight and data, Richard Walker, said: “With cases of coronavirus spiking across the UK, and reports of a second wave hitting Europe, it’s hard to predict when further restrictions may be rolled out.

“However, the market is in a strong position; not only are we recording sustained high levels of consumer demand, but six months of consecutive price growth is resulting in good profit margins for retailers.

“Our research is also pointing to new pockets of opportunity, with a growing number of people considering owning a car today to be more important than it was before Covid-19.

“As a result, whilst localised restrictions may become commonplace over the coming months, as we’ve seen in Wales, the strength of the market means the impact on retailers should be contained to these short lock down periods. Outside of these periods, the consumer buying cycle is typically three months and so retailers are still able to benefit from their share of a market which is up significantly on the same period last year.”