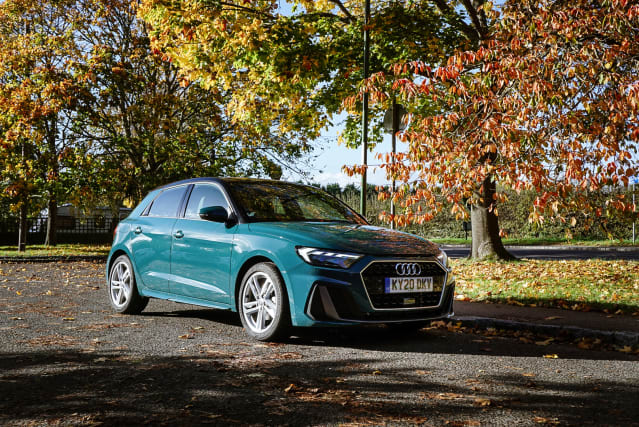 Take just a short look at the Audi A1 and you’d think that because of its compact size it would be a little underwhelming to drive over long distances.

You see traditionally smaller cars do tend to struggle on the motorway. With a smaller overall size and a narrower track, they’ve often proved somewhat wearisome to pilot when the miles rack up.

But that’s just not the case with the A1. Having now done several longer journeys behind the wheel of ‘my’ long-termer, I’ve found that it’s actually on the motorway where the A1 really shines. It’s a little surprising, to say the least.

Though for longer jaunts I’d always lean towards an automatic gearbox, the A1’s six-speed ‘box is perfectly suited to life at higher speeds, with the sixth cog judged just right to ensure that the car’s turbocharged 1.0-litre isn’t buzzing too high up the rev range when you’re sat at 70mph. I’ve noticed the economy benefits, too, with figures in the mid- to high-50’s proving more than achievable. I think that if I put my mind – and right foot – to it, you could probably crack 60mpg. Which is quite exceptional.

And when it comes to filling up, there’s little worry about either. I’ve run quite low in the A1 – down to the readout displaying zero miles of range, in fact – but a full tank costs just under £45 at the local supermarket. From that, the Audi reads around 420 miles of range, though I’ve been getting nearer to 500. For a car of this size and type, that kind of range is pretty sensational in my view.

So if you’re after a car that is cheap to run, then the A1 certainly ticks the boxes.

It’s also one of the few cars that I’ve encountered recently which features wireless Apple CarPlay. It means you can get into the car and after start-up, the infotainment system ‘finds’ your phone and immediately switches to CarPlay. Given that in most cars you have to connect a cable in order to get this function, it’s a great way of keeping the cabin free of cables looping here, there and everywhere.

Though you might remember that last month I finally got the chance to test out the A1’s wireless charging tray, only for it to overheat my phone, I’ve struck a compromise. For shorter trips, the charging tray is great for boosting your battery life a few per cent. It still makes the phone quite warm, mind, which is why for longer journeys I still resort to the cable in order to have any semblance of charge left by the time I’d get to my destination. I guess it does undermine the technology somewhat, but it’s just better than having your phone turn into a hand-warmer.

The colour continues to be exceptional, too. It’s not very often that people come up to me unprovoked and comment on the shade of the car I’m driving, but it’s happened more times than I care to imagine with the A1. It’s a properly cool colour, which is probably why Audi used it on its special ‘Green Hell’ R8 released recently. Though the A1 might be just a tiny bit slower than Audi’s range-topping supercar, it’s quite nice to know that the pair share a link – as well as matching grille designs.

And though its compact size does restrict it somewhat in outright practicality, it’s easily one of the car’s key plus points when you pitch up into a city. Though over lockdown the A1 spent much of its life doing short stints the shops and back, more recently I’ve taken it to Dorset, Devon and even as far away as Lincolnshire. A stop off in Weymouth saw the need arise to find a parking space quickly. In any other car, I’d have been circling for hours. But thankfully, the A1’s dinky proportions meant I could find a space which was just large enough. You certainly can’t do that in an R8.

The little A1 is due to go back to Audi shortly and though I feel like much of our time together has been dominated by the coronavirus pandemic and the resulting drivetime-reducing lockdown, I feel like we’ve certainly made up for the lost time. There’s surely space for one last long drive, right?