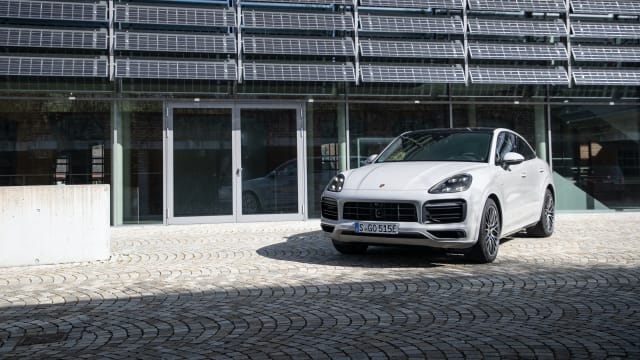 Porsche has fitted new, larger batteries to its Cayenne E-Hybrid models resulting in an increase in electric range across the line-up.

The batteries, which are now 17.9kWh rather than 14.1kWh, bring an increase of three miles to total 30 miles per charge, while the more powerful Turbo S E-Hybrid version now has an electric range of 26 miles between charges, up from 19 miles beforehand.

Porsche has also reduced the Cayenne’s charging target from 100 per cent to 80 per cent in models fitted with the Sport Chrono package. By doing so, it helps to preserve the lifetime of the battery while also bringing a more efficient charge.

The move also makes E-Charge mode more efficient than before, while in Sport and Sport Plus modes the battery is always charged to a sufficient level to ensure that there is a minimum level of boost available to support sporty driving.