Long-term: Time to say a sad goodbye to our Superb plug-in hybrid 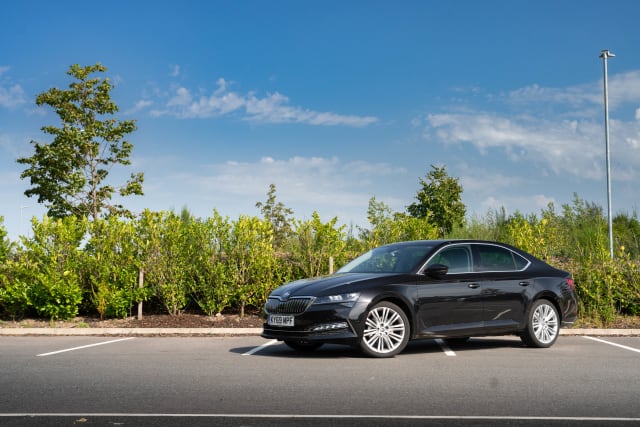 It was an odd start to my time with the Skoda Superb iV. It joined our long-term test fleet around the time the coronavirus pandemic was starting to kick off… shortly before we realised how crazy things were about to get.

The Superb began life with one of my colleagues. A car of this size was overkill for his short commute, but he was a big fan of its ability to travel about 30 miles on electric power because the daily drive could easily be completed without using a drop of fuel.

Around this time, I had an Isuzu D-Max AT35 in for a week-long loan. If you don’t know, this is a large pick-up truck that has been modified to survive life in the Arctic. It has chunky off-road tyres, a massive ride height and muscular body kit. Hilarious fun, but hugely impractical.

With rumours swirling that Boris was about to announce a national lockdown, Isuzu got in touch to say it would be leaving the truck with me until further notice. With my colleague also mentioning that the Superb would be left at the office during lockdown I made the decision to do a swap before doing so would have been illegal. And so, my time with KY69 MPF began.

What’s been particularly interesting is that the pandemic has let me properly live with a long-term test car for the first time. We often have such vehicles in for six to 12 months and they’re shared around the editorial team for different perspectives and different lifestyles. However, this would be ‘mine’ for a full six months.

During April and May the Superb hardly moved, save for the occasional trip to buy and deliver food to my grandparents about an hour away, but this only happened a handful of times.

But, as lockdown began to ease, the Superb became a faithful companion. I occasionally mountain bike at the weekend, and the Skoda’s massive boot would fit my Vitus Nucleus with ease. Quickly knock the rear seats down to unleash the cavernous 1,760 litres of load space and honestly, it makes you wonder if there’s any need for the estate version.

It proved the perfect car for post-lockdown life in other ways, too. The big boot meant that shopping for two households was never an issue, while the super-comfortable suspension meant longer trips were swallowed with ease when required.

For example, with trips abroad no longer feasible, most manufacturers started launching new products in the UK. The Cotswolds is a particular favourite thanks to its picturesque scenery, and I might have become bored of the regular five-hour dual carriageway-heavy round trip if it wasn’t for the Superb’s fantastic mile-munching abilities.

Meanwhile, I loved the fact that when the batteries were kept topped up, fuel usage was limited. Once gyms reopened I found I could easily get there and back on electric power alone if I desired. As good for the environment as it is for my wallet.

Which brings me to one of very few downsides. Plug-in life does require some adaptation and won’t work for everyone. I have a driveway, but it’s rarely empty for me to park in and recharge, meaning most days I had minimal battery.

Those trips to the gym would often see 200mpg-plus with a full charge, but dropped into the low 30s when relying on petrol power. A small 1.4-litre petrol engine trying to pull a big car with heavy batteries isn’t going to be frugal, after all.

In the days before someone wearing a Skoda lanyard turned up to take the keys off me, I started to feel quite sad. We’ve been through some strange times together, and the Superb has been a faithful companion. Comfortable, practical and economical when it’s charged, I couldn’t have asked for a much better long-termer for pandemic life.

Good news, then, that its replacement is almost identical, just with a nicer paint job and a bigger boot. More on that next month…