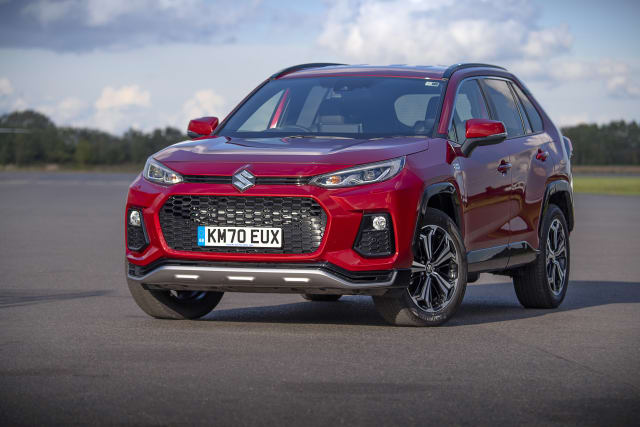 Suzuki’s Across plug-in hybrid will cost from £45,599 when it goes on sale in the UK next month.

Arriving as the firm’s plug-in hybrid model, the Across – which shares much of its underpinnings with Toyota’s RAV4 – combines a 2.5-litre petrol engine with an electric motor and batteries. With a combined system output of 302bhp, the Across takes the title as Suzuki’s most powerful to date, and allows it to sprint from 0-60mph in under 5.8 seconds and onwards to a top speed of 112mph.

But as a result of the electrification process, the Across emits 22g/km of CO2 on the combined cycle, while fuel consumption stands at a claimed 282mpg. It’s also able to travel for up to 46 miles on electricity alone thanks to a large 18.1kWh battery.

Power is driven to all four wheels via a standard-fit E-Four system which is capable of dividing torque between the two axles in order to provide the most amount of traction available.

A sole trim level will be available from launch, bringing leather upholstery, dual-zone climate control and heated front and rear seats as standard. A large nine-inch central infotainment screen is fitted as standard too.

Though due to go on sale in November, Suzuki has already stated that there is ‘very limited supply availability’ for the first year, which could suggest long lead times for those wanting to get their hands on an Across.

Citroen updates pricing and trim level structure across its range