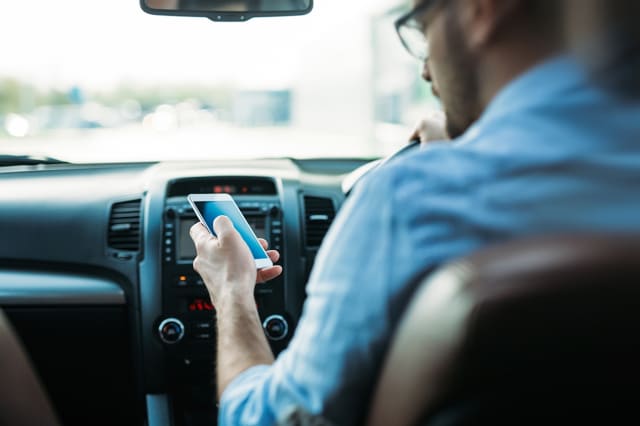 Calls have been made for more officers to ensure mobile phone use behind the wheel is effectively policed after a loophole in the law was closed.

Making a call or texting while is already illegal, but the wording of the legislation saw some drivers exploit a loophole that allowed them to use the camera or choose music.

However, the new law will see anyone using a hand-held phone in any way while driving facing a fine of £200 and six penalty points on their licence.

Road safety and breakdown organisation GEM Motoring Assist has welcomed the updated law, but its chief executive, Neil Worth, warned it was ‘now vital for more roads policing officers to be available to ensure the new law would be effective’.

He added: “The update to this law is welcome, because any activity involving a mobile phone while driving is a potentially fatal distraction.

“But we must see more police patrols out there looking for the drivers who continue to flout the rules. Action needs to be taken against anyone who is prepared to risk their own life – or someone else’s – by selfishly using a hand-held phone while driving.”

In 2019, the High Court overturned the conviction of 51-year-old builder Ramsey Baretto, who had been seen by police using his phone to film the scene of a serious crash as he drove past.

He had been convicted for ‘driving a motor vehicle while using a hand-held mobile telephone’ but had this overturned on appeal because the wording of the law referred specifically to using a phone for external communication.