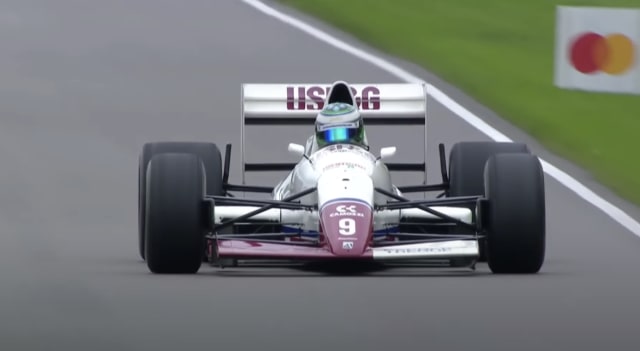 The Goodwood Motor Circuit lap record was sent tumbling over the weekend by a classic Formula 1 car.

A 1989 Arrows A11 driven by Nick Padmore set a time of one minute 9.914 seconds around the track in West Sussex.

The record had been expected to fall during Speedweek, because the classic track normally only hosts historic racing. However, during this event, modern racers would be taking to the track in a time trial event.

Volkswagen was scheduled to bring its electric ID R prototype race car, but with the German firm pulling out because of Covid-19 concerns, the door was left open for someone else to smash the record.

Padmore took the win in the final on Sunday, but his lap record was actually set in a previous round the day before. In second place was James Cottingham behind the wheel of a Dallara SP1 LMP.