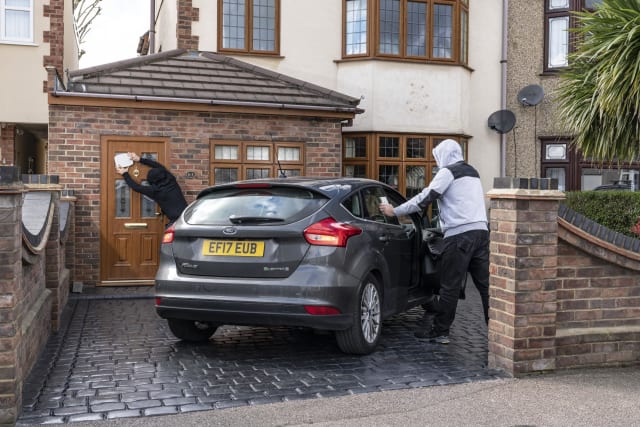 Keyless technology has been the driving force behind a rise in car thefts over the past four years, according to new data.

LV General Insurance figures show that in each of the last four years – 2016-19 – ‘theft of’ car claims have risen by 20 per cent, with keyless car thefts accounting for the lion’s share of claims.

‘Theft of’ claims also include incidents relating to burglary, leaving the vehicle unlocked or accidentally leaving the keys inside the car.

Keyless car technology is being used across the board in the latest cars, but it’s leaving vehicles vulnerable to theft from technology-savvy criminals. Relay devices are used to make the car ‘think’ that the key is present by amplifying the actual key’s signal. Thieves usually stand next to a property’s front door with the device and relay a key’s signal out and towards the parked vehicle.

Once successful, the car can be opened, started and driven away within seconds.

Heather Smith, managing director at LV General Insurance, said: “From keyless cars, to Apple’s recent CarKey partnership with BMW, which means drivers can unlock and start their vehicle with an iPhone, car technology continues to advance.

“But unfortunately so do the methods criminals use to steal them, so consumers need to keep on top of new innovations and take extra precautions to ensure they stay one step ahead of criminals who may try and take advantage of them, and their cars.”

The claims data has shown an increase across the UK’s main urban areas with London, Birmingham and Nottingham among the cities seeing the biggest spikes.

London, in particular, has seen vehicle theft claims increase by 265 per cent since 2016, while Birmingham, Nottingham and Greater Manchester have experienced increases of more than 100 per cent.