Need four-wheel-drive? These are some of the best options on sale today 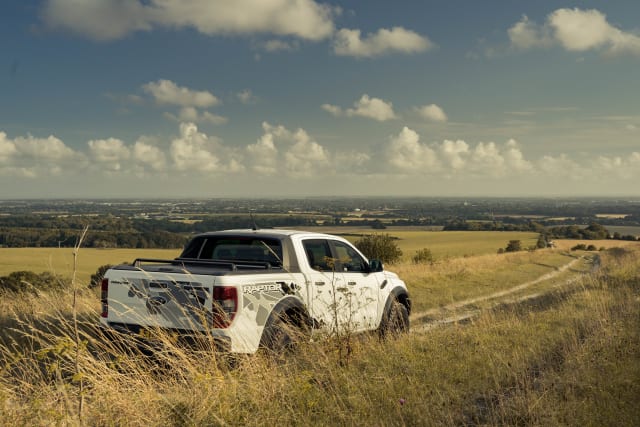 As the temperatures drop and we continue towards winter, it’s more than likely that conditions will get increasingly difficult and, at times, quite slippery.

It’s at these times that four-wheel-drive can prove invaluable. With added traction – and when combined with winter tyres – it’s these cars which will be able to see you home even in the boggiest of drives. Fortunately, there’s a wide variety of options on the market today – so let’s take a look.

If you’re going to go four-wheel-drive, then why not do it properly? The new Land Rover Defender might be a stark contrast to its boxy predecessor, but it’s packing off-road tech which the previous car would be proud of.

A suite of driver assistance systems help to keep things on the straight and narrow, while clever four-wheel-drive technology keeps the Defender plodding on even when things get sticky.

The Mercedes-Benz G-Class – affectionately known as the G-Wagen – might have looks which could be positively described as ‘imposing’, but it’s also got some serious off-road machinery underneath the skin.

A variety of different off-road settings help to keep the wheels spinning, while adjustable suspension gives it huge capability, even over larger, more difficult obstacles.

Jeep’s latest Wrangler represents a huge step forward over its predecessor, with its on-road manners greatly improved compared with the older car. However, it hasn’t lost any of that much-need off-road ability, with square proportions allowing for plenty of wheel articulation.

The interior is far better, too, with improved materials and a more user-friendly infotainment system.

Want to go everywhere but don’t want to break the bank? In that case, the Dacia Duster is probably the car for you. Four-wheel-drive variants start from just over £19,000, which delivers exceptional value-for-money when you consider the versatility on offer.

The cabin is hard-wearing but well-appointed too, while the exterior’s chunky looks help to give the Duster a robust, go-anywhere appearance.

The pick-up truck is the ultimate go-anywhere vehicle, and there are none more striking on sale today than the Ford Ranger Raptor. Essentially a beefed-up version of Ford’s already quite rugged Ranger, the Raptor brings motorsport-inspired suspension alongside imposing looks.

Though its 2.0-litre diesel engine is somewhat lacking in punch, the Ranger more than makes up for this through its ability to go here, there and everywhere.

Toyota’s Land Cruiser is a well-known name in off-roading circles, where its dependability and rugged reliability speak volumes. The most recent version is no different, and it’s a great choice for those who want nothing to stand in their way.

There’s also a stripped-back Commercial version which does away with some of the extras and add-ons fitted to the ‘regular’ version.