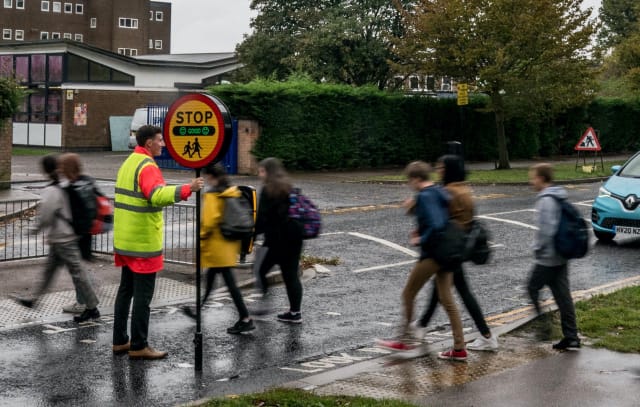 A display on the side of the lollipop displays the exact concentration of fine particulates in the air – known as PM2.5 – measured via an in-built air sensor. The pollution level is then relayed in real time to road users.

On the opposite side of the board is a simple measure which showcases whether or not the air quality is ‘good’, ‘okay’ or ‘poor’. The easy-to-read parameters are based on boundaries published by the Department for Environment Food and Rural Affairs (DEFRA).

The lollipop was put to the test outside a school in Bedford on a road with two schools and a college. Between 7:00am and 7:45am, it recorded air pollution figures of between 2.5 μg/m3 and 14.7 μg/m3 – seen as low by DEFRA and displayed as ‘good’ on the lollipop.

However, by 8am the figure had quickly risen to 25.7 μg/m3 thanks to increased traffic levels. This figure exceeds the current UK legal limit and, as the school run progressed, it continued to rise.

Matt Shirley, Senior Manager, electrification & new mobility, Renault UK, said: “The lollipop has been the symbol of road safety for decades. Today, safety is not just about how to cross a road, it is also about how safe the air is that our children breathe going in and out of schools on a daily basis.

“The adoption of electric vehicles is a journey, but in the meantime, it’s important that we all do our bit and don’t leave our engines running unnecessarily.”