Drivers shell out £25m for recovery on motorways and A-roads 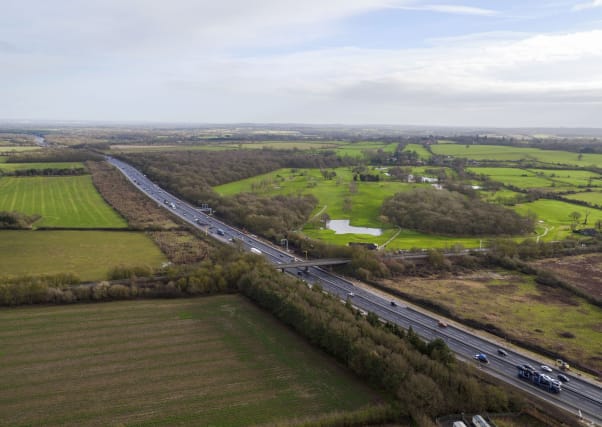 Drivers have had to pay £25m for vehicle recoveries conducted as part of Highways England ‘statutory removal’ powers over the past five years, new data has shown.

The number of vehicles recovered under these powers has increased by a third in the last five years too, rising from 12,045 vehicles in the 2015/16 financial year to 16,026 in 2019/20. Experts have cited the rise of smart motorways as one of the driving reasons behind the jump.

Statutory removal sees motorists charged between £150 and £300 for recovery from motorways and A-roads. Over the course of five years, drivers have paid out £25,257,000 for this service.

It’s part of a 2008 Removal and Disposal of Vehicles Regulation, which allows traffic officers the ability to order the recovery of a vehicle if it’s causing an obstruction or is posing a danger to other road users. It covers not only those drivers without breakdown cover, but also those with recovery firms taking too long to attend a breakdown.

However, a Freedom of Information request issued to Highways England by Auto Express found that between 2015/16 and 2019/20, some 68,628 cars were recovered. As well as the standard £150 to £300 charge, more was asked of motorists with overturned vehicles.

Drivers of trucks over 18 tonnes can be charged up to £6,000 to be recovered, with costs varying depending on whether or not they are laden, as well as their position on the road itself.

Following recovery, vehicles are taken to what Highways England refers to as an ‘appropriate place’ which is often a compound operated by FMG Support. A private firm which works as Highways England’s ‘recovery manager’, FMG Support charges £10 a day for the storage of a motorcycle or £20 for cars. Vehicles over 18 tonnes command a £35 daily charge.

Motorists can also be charged £50 to £150 for disposal of vehicles which aren’t collected.

Auto Express also found that despite the £25m in charges, Highways England was not able to recoup all of the expenses which accompany the process of statutory recovery. In fact, it cost the Government-owned company £30,713,000 over five years, or some £5,456,000 in shortfall.

A spokesperson for Highways England told Auto Express: “Since the powers were introduced in 2008, the number of vehicles removed by Highways England officers has increased annually. It is not possible to draw any conclusions from the data released, other than to note traffic levels have increased steadily since this time.”

Jack Cousens, head of roads policy for the AA, suggested the rise in recoveries “could be down to more live lane stoppages on all-lane running ‘smart’ motorways, which highlights the need for more emergency refuge areas.” He added that many stranded drivers “will only discover the charge when the traffic officer tells them what will happen”, while Highways England may be “concerned” the near-£5.5 million shortfall could draw money from “general maintenance funding”.