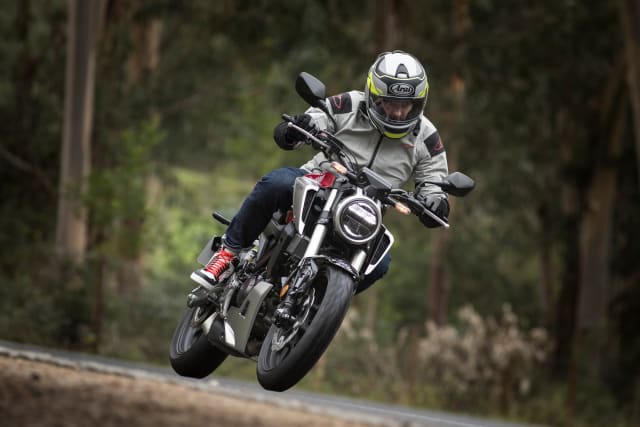 The 125cc motorcycle is a popular choice among those who are getting their first taste of life on two wheels and, for those on L-plates, it’s as powerful a bike as you’ll get until taking your full motorcycle test.

However, plenty of motorcyclists who have passed their tests choose a 125cc for nipping around. With more people looking for alternative modes of transport, a 125cc could prove a frugal and simple way of getting from A to B – so let’s take a look at some of the best on sale today.

Honda has a longstanding history of making brilliantly simple and efficient motorcycles, and the CB125R is no different. It’s a little bike with big-bike character, and gains styling cues from larger and more powerful variants in the CB range.

However, with good brakes and bright LED lights, it’s the real deal – and it’s surprisingly sprightly, too.

Yamaha is another manufacturer with an excellent reputation, and the YZF-R125 is a definite extension of this. The YZF-R125 is a motorcycle with sharp, angular styling which makes it look like a much larger bike.

However, its 15bhp motor is impressively punchy, while you should be able to see up to 90mpg and around 230 miles from a single tank.

The MT-125 adopts a slightly different look to the YZF-R125, bringing a more upright, approachable riding style. It’s essentially the naked version of that bike, but thanks to features like an LCD screen it doesn’t feel stripped back at all.

Again, an efficient engine means that the MT-125 really won’t break the bank when it comes to running costs.

Honda’s latest Monkey is a modern interpretation of the classic Monkey bike and it’s a successful reincarnation. There are few bikes in the class which look quite as cool, yet with a proper LCD screen and a great paint scheme this is a proper bike on a smaller scale.

You should be able to see up to 120mpg too and around 150 miles from a single tank.

Suzuki’s GSX is a well-known name in motorcycling circles, so it’s natural that the firm would offer a 125cc version. It’s got proper sportbike looks too, with decals more akin to a racer than a small-capacity motorcycle.

But the basics are handled well too. It’s got light, nimble steering and should return over 120mpg. It’s even got keyless start technology.