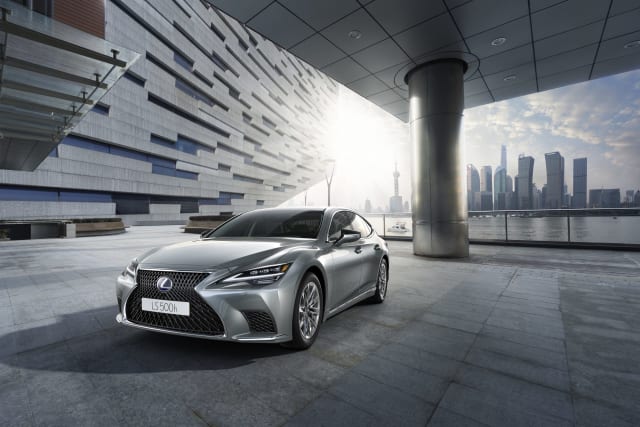 Lexus has unveiled its latest LS, bringing a host of new features to the firm’s range-topping luxury saloon.

Set to go on sale in the UK towards the end of the year, the hybrid powertrain underpinning the LS has been refined over the previous generation car. Lexus has increased the level of assistance given to the electric motor by the batteries, which helps to smooth out acceleration. It also allows the engine to operate at a lower rpm, resulting in a quieter and more refined in-car experience.

Lexus has also tweaked the adaptive variable suspension, anti-roll bars and even the seat construction in order to achieve the best possible ride comfort.

A new Advanced Park system has been incorporated too, which has the ability to remember and store details of parking spaces that the driver uses regularly. Then, when it’s time to park, the car can control the steering, throttle, brakes and transmission to complete the manoeuvre.

Upgraded adaptive LED headlights have been fitted as well, alongside a new digital rear-view mirror which relays an image captured by the rear parking camera.

Inside, there’s a new 12.3-inch touchscreen which has been positioned closer to the driver. As well as featuring all of the usual media and satellite navigation functions, it features both Apple CarPlay and Android Auto smartphone connectivity systems.

The exterior of the car has been lifted thanks to a reshaped front grille, while the headlights have been slimmed down to give a more dynamic look.

Prices for the new Lexus LS have yet to be announced, but expect them to be revealed closer to the car’s on-sale date later this year.