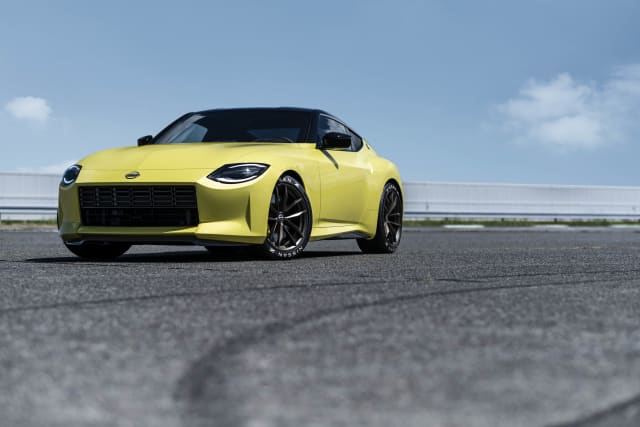 Nissan has unveiled the Z Proto, a concept car that previews the firm’s next generation Z sports car.

The concept features an unmistakable coupe silhouette that’s similar to the outgoing 370Z. The exterior look, which was penned by Nissan’s design team in Japan, features retro styling touches as a nod to Z models of the past, such as the teardrop-shaped LED headlights.

At the rear, the full-width blocky rear light design is heavily inspired by the 300ZX, with the LED lights set into the black bar giving it a modern twist.

The interior of the 370Z was one aspect that really showed the model’s age, and while the Z Proto keeps things simple by concept car standards, it shows a much more modern take on the sports car cabin.

Enthusiasts will be buoyed by the sight of a manual gearbox and dash-mounted gauges, while the large central screen and digital dials offer a modern update.

Alfonso Albaisa, head of design at Nissan, said: “Our designers made countless studies and sketches as we researched each generation and what made them a success.

“Ultimately, we decided the Z Proto should travel between the decades, including the future.

“The LED headlights have two half-circles that hark back to the Japan market-only 240ZG of the 70s. The ZG has clear dome lenses over the headlight buckets, which under light give off two circular reflections over each headlight. We liked that unique characteristic and discovered that it naturally fit with the Z’s identity.”

However, unfortunately Nissan has said that the production version of the Z Proto – rumoured to be called 400Z – will not be sold in Europe.