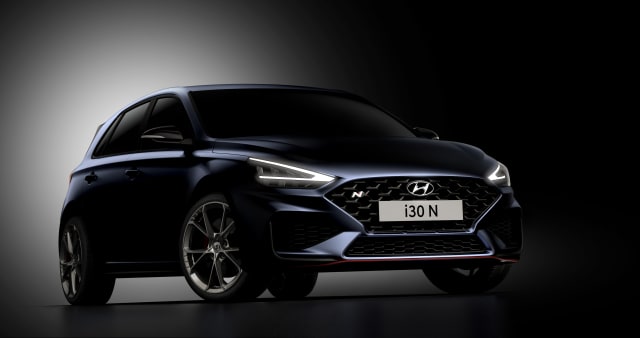 Hyundai has unveiled its first set of images for the latest generation i30N.

The first generation took the market by storm, offering a compelling hot hatch package for a competitive price. Now, following on from the updated version of the regular i30, Hyundai has seen fit to refresh the N version too.

Though the darkened images do hide some of the car’s styling features, the new front and rear bumpers can easily be seen, as can a new wide centre grille and updated lights at both the front and rear of the car. Two large exhaust pipes are a prominent feature, too.

Hyundai has also announced that the updated i30N will be available with an eight-speed dual-clutch transmission for the first time and will include dedicated N performance shifting functions.

The previous-generation car was only available with a six-speed manual gearbox, linked to a 2.0-litre turbocharged petrol engine producing 271bhp and 353Nm of torque. Though Hyundai hasn’t disclosed any information about the new car’s powertrain, we’d expect to see both power and torque figures to be increased over its predecessor.

Though these images have been released today, Hyundai has yet to confirm when the full list of mechanical and visual features will be released.