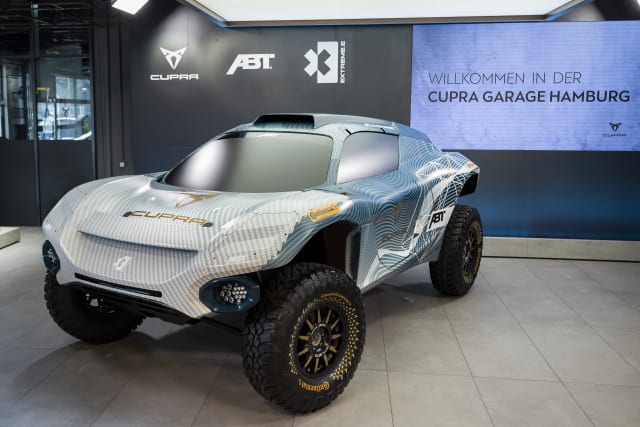 Cupra has become the latest brand to join the new electric rally series Extreme E, working in partnership with the ABT Sportsline team.

The Spanish performance car maker is teaming up with one of Europe’s leading tuners of Volkswagen Group vehicles in the series, which shot into the limelight last week when Formula 1 star Lewis Hamilton announced he would be entering a team.

Cupra is the first car manufacturer to join the series, which is run by the team behind Formula E, the electric single-seater championship that has exploded in popularity in recent years.

Cupra and ABT Sportsline have been working together on road cars since 2018, but this is the first time the pair have worked in motorsport as a pair. Both have experience in electric racing, with Cupra building the e-Racer touring car and ABT competing in Formula E.

“For this reason, the decision to become the first automotive manufacturer to participate in the competition and reinforce our cooperation with ABT is proof of both partners’ shared vision of reinventing the world of high-performance cars through electrification.”

Hans-Jürgen Abt, managing partner at ABT Sportsline, said: “We love innovation, competition, e-mobility and the feeling of being a pioneer in something completely new.

“With Cupra, we now have a partner at our side who, like us, firmly believes in the revolutionary concept of Extreme E, both in terms of sport and in terms of off-track marketing.”