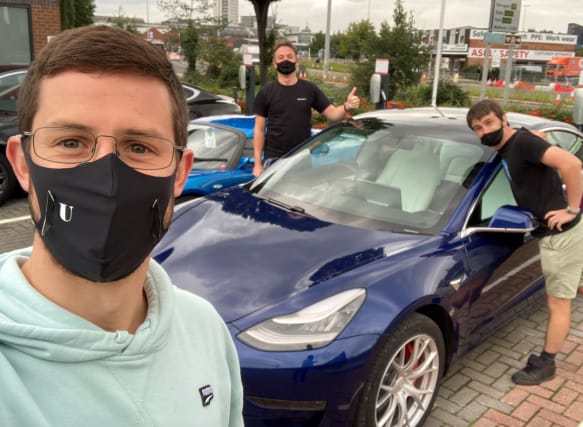 A charity is attempting to break the record for time spent charging an electric vehicle while driving from John O’Groats to Land’s End.

Zero Carbon World, which works on implementing carbon reduction projects in the UK, has enlisted Formula E driver Alexander Sims and EV specialist David Peilow to take on the driving along with charity trustee Dean Fielding.

The current record stands at three hours, 44 minutes and 33 seconds and was set in 2015, but the team is confident they can beat that because the UK’s charging infrastructure has improved since then.

The route from the most northerly point of Scotland to the southern tip of England takes in 840 miles of roads, and is expected to take about 17 hours, with just two hours spent recharging, comfortably beating the record.

Zero Carbon World Trustee, Dean Fielding said: “We are planning for around 15-16 hours of driving and four short recharge stops along the way, which we hope will amount to a maximum of two hours.

“Electric vehicles, charging capabilities and the charging infrastructure have come on in leaps and bounds over the past decade, and we want to bring attention to the fact that the UK is increasingly becoming EV-friendly and that making the switch to an EV is feasible, practical and enjoyable for both long and short journeys.”

The record will be officially sanctioned by Guinness World Records, and is expected to take in one 150kW Tesla Supercharger and three 350kW Ionity chargers.

Waymo shows how its autonomous car dodged a cat

Brits are turning to luxury motorhomes ahead of winter Covid disruptions