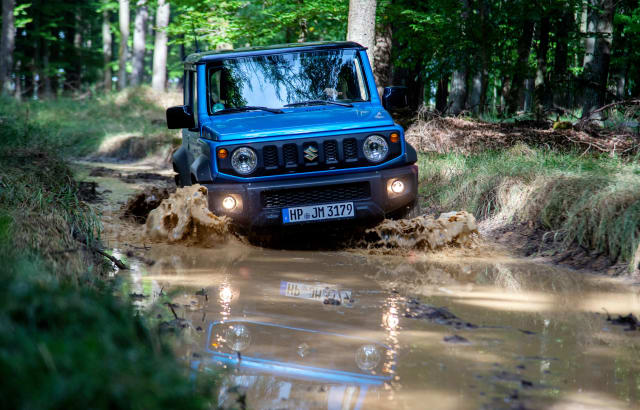 The Suzuki Jimny has gone back on sale in the UK, but this time it’s a two-seater light commercial vehicle.

When it went on sale as a passenger car in late 2018 it became an instant hit thanks to its quirky styling, which was heavily inspired by classic versions of the Mercedes-Benz G-Class and Land Rover Defender.

However, earlier this year it had to be removed from sale in the UK because of the negative effect it had on the company’s emissions targets.

But the Japanese firm has reintroduced it in the UK with the two rear seats removed to make a practical load bay. By marketing it as a commercial vehicle, it is subject to less strict emissions regulations.

Under the bonnet, it gets the same 100bhp 1.5-litre petrol engine seen in the passenger car, with part-time all-wheel-drive to make it a genuinely capable off-roader.

The major changes are in the cabin, where removing the seats has opened up an 863-litre load bay – bigger than the original car with the seats folded flat. Suzuki has also designed a flat floor to make it easier to carry items, while a partition has been fitted between the load bay and the front seats.

Pricing is yet to be confirmed, but the original passenger car started at about £15,000 including VAT.