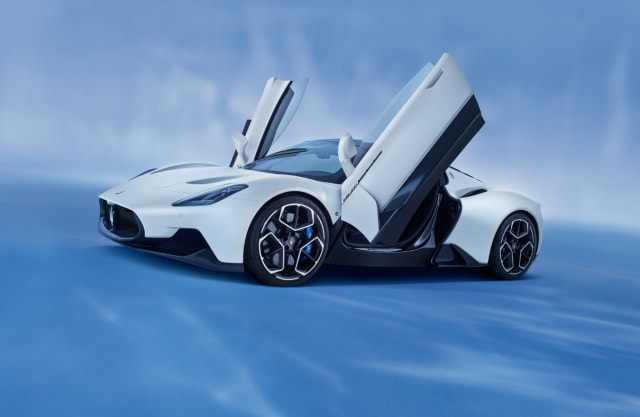 Maserati has pulled the covers off the MC20, its much-anticipated supercar.

Planned to rival the likes of Ferrari and McLaren in the low-volume but lucrative supercar market, the Italian firm has revealed its sleek styling and impressive performance figures.

The exterior design was also developed in-house by the Maserati Innovation Lab, which the firm boasts has ‘one of the world’s most advanced dynamic simulators’. Designers used a complex mathematical model called Virtual Car to optimise the aerodynamics before fine-tuning it in the real world.

It’s created to have optimal aerodynamics without the need for extensive add-ons that disrupt the line of the car, with a small rear spoiler the only exception. Its construction enables coupe and convertible variants to be built, as well as allowing for electrification in the future.

Inside, the cabin has a minimalist, driver-focused design. There are two 10-inch screens, one in the instrument binnacle and another on the dashboard, which houses the infotainment system. Elsewhere on board, there’s a wireless smartphone charger, drive mode selector, infotainment controls, and a storage compartment under the armrest.

Order books are open now, with the production launch scheduled for the end of the year.

The supercar spearheads a ‘new era’ for the firm, which also revealed it plans to launch 13 models in the next three years. Two of those will be convertible and electric versions of this new supercar, but Maserati also confirmed the Grecale – a new small SUV – would join the line-up below the Levante.

It would rival the likes of the Porsche Macan and would likely become the firm’s most popular model.