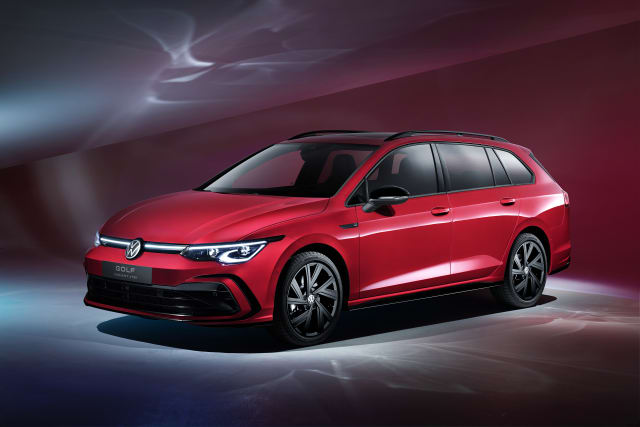 Due to go on sale in the UK early next year, the estate and rugged Alltrack variants arrive to broaden the Golf’s appeal. The standard five-door hatch was released earlier in the year and was quickly joined by GTI, GTD and GTE performance models.

Thanks to a longer wheelbase than its predecessor, the new Golf estate is able to deliver more space than the car it replaces. Those sitting in the back will benefit from an additional 38mm in legroom, while the boot has increased in capacity, up to 611 litres with the seats in place and 1,642 litres with them folded down. It represents gains of six litres and 22 litres respectively over the previous Golf estate.

The estate will benefit from the same list of petrol and diesel engines as the regular Golf, with mild-hybrid technology included on many of the powertrains.

A new Alltrack model has also been brought into the fold, delivering rugged looks that were such a hit on the older model. It benefits from an increased level of ground clearance over the standard Golf estate, while plastic body cladding and additional interior features help to differentiate it even further from the standard car.

As with the previous Alltrack, the new car will benefit from permanent all-wheel-drive as standard via Volkswagen’s 4MOTION system and will bring a towing capacity of 2,000kg.

Both cars benefit from 12v and 230v power sockets in the boot, while the boot door itself can be opened by swiping your foot underneath the rear bumper.

In the same vein as the five-door hatch, the Golf estate will be available in Life, Style and R-Line specifications with standard equipment including a 10-inch screen. Volkswagen says that further specifications and pricing will be made available closer to when the car goes on sale later this year.