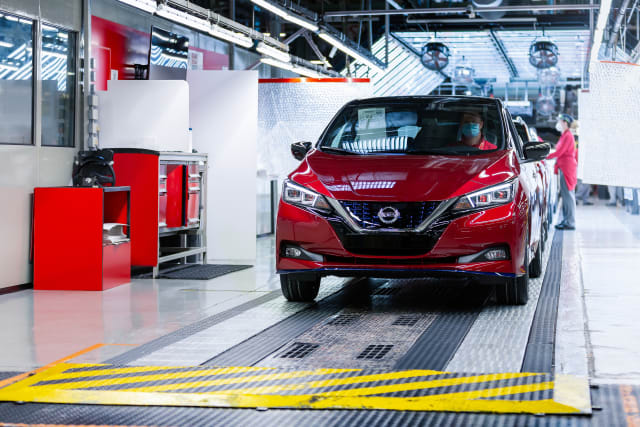 The 500,000th example of Nissan’s electric Leaf has rolled off the production line at the firm’s site in Sunderland.

Coinciding with World Electric Vehicle Day, the milestone has been hit some seven years since the model began production in Sunderland.

The car in question was delivered to an owner in Norway.

One of the world’s first mass-market electric vehicles, the Leaf was the world’s top-selling EV before being knocked off its perch by the Tesla Model 3 back in March.

More than 14.8 billion clean-air kilometres have been driven since 2010, according to Nissan, which in turn has helped prevent more than 2.4 billion kilograms of CO2 emissions.

“Consumers have seen what cleaner air and reduced noise pollution feel like during lockdowns,” said Helen Perry, head of electric passenger cars and infrastructure at Nissan Europe. “Now more than ever, they’re looking to take positive steps towards a more sustainable future and the Nissan Leaf contributes to this effort.”

Two models of Leaf are currently available. There’s an entry model which has a shorter range and is intended as an urban vehicle and the Leaf e+, which thanks to a larger range is more suited to those who travel longer distances. With a 62kWh battery pack, the e+ model can return up to 239 miles on a single charge.

It’s set to be joined by the upcoming Ariya, which has been introduced to bolster Nissan’s range of electric vehicles.