Long-term report: The Audi A1 inspires memories of first-car adventures 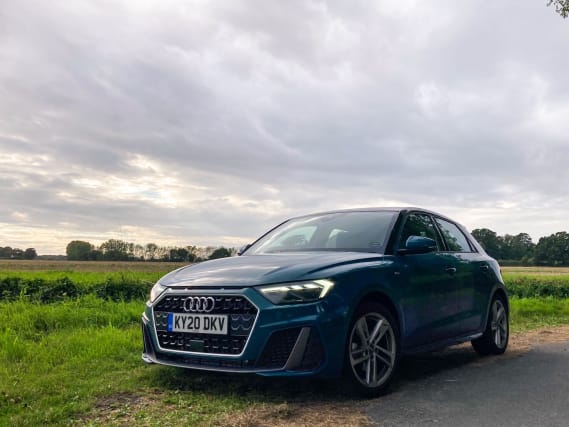 Do you remember your first car? I certainly do. It was a 2004 Seat Arosa S and I was particularly proud of the ‘S’ badge as it brought alloy wheels and an extra 200bhp. In my head, at least.

Needless to say, we had many happy adventures together. I remember driving on sand for the first time on Weston-super-Mare beach, and having my first prang as I struggled to drive up a particularly steep hill in Pembrokeshire, rolling back into a stone wall. I cracked the rear light and was mortified for months.

And it was the car I was mortified to part with, too. Leaving it alone at the garage as I drove away in its replacement was like abandoning a good friend at the train station. For weeks I was convinced I’d made a terrible, terrible decision.

I’m getting a little bit of the same experience in the Audi A1 that I’m running at the moment. Of course, I’m not saying that a car that costs close to £25,000 is an ideal first vehicle – and 17-year-old me would’ve gawped at such a price tag – but the compact proportions and relatively subdued performance have got me all rose-tinted.

Much like my little Arosa I spend most of my time in the A1 bimbling around with the rear seats flat in full practicality mode. Like this, the little Audi has more than enough space for most occasions and has swallowed up many trips to the tip with little fuss. You can also get a road bike in there with the front wheel removed, which is handy.

I was also quite excited recently as a phone change meant I could finally take advantage of the A1’s wireless charging. “Great” I thought. “No more wires”. Since the A1 has wireless Apple CarPlay too – my go-to system – I was looking forward to an uncluttered, wire-free cabin.

Initially at least things looked good; the phone sat in the correct area and began charging with CarPlay running seamlessly at the same time. But about half an hour later, CarPlay crashed. It’s something which hasn’t ever happened before, and I was quite surprised to see that it was because my phone had overheated. I picked it up and it was hot enough to cook an egg on. Needless to say, I’m back to cables now.

But overheating phones aside, the A1 provides a well-rounded experience. Its standard sound system is excellent – and in my first-car mentality I’ve been listening to a lot of early Arctic Monkeys and Pigeon Detectives – while the general fit-and-finish is impressive too.

One area where it by far eclipses my trusty Arosa is out on the motorway. Here, the A1 is refined and quiet, with a sixth cog allowing the revs to settle down when at speed. This, in turn, means better fuel economy, and I’ve regularly been seeing figures in the mid-50s. It’s pretty exceptional when you think about it.

It’s also good fun to exploit on a twisty road. Sure, it’s no Caterham Seven, but its compact proportions mean you can lace it through the bends with little fuss while the weighted steering is nice and accurate. There are separate driving modes available which sharpen the throttle, but in all honesty, I tend to leave it in Comfort mode and let the car sort itself out. Even in this setting, there’s enough throttle response to keep things interesting.

I’ve not noticed any real lack of performance in truth, with the little 1.0-litre turbo pulling merrily along. It can feel a little sluggish in lower gears, but thanks to that turbocharged there’s a good degree of mid-range punch to take advantage of. The six-speed manual is also light and pleasant to use, too.

The worrying thing is that, like my first car, I’m starting to get a little attached to the bluey-greeny peril. I think that tends to happen with smaller, less complicated cars which just ‘fit’ into your life so well. It might not be a supercar, but it’s a car which really does punch well above its weight.

While I still can, I’m going to be using the A1 as much as I can. And, just like my first car, I’m quite happy to be spending as little on fuel as possible.